19 May A Neuronal Protein Keeps Alcohol Binge Drinking In Check 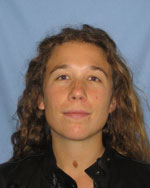 Dr. Contet: Alcohol changes the activity of numerous proteins in the brain. One of them is an ion channel found in neurons, the G-protein activated inwardly rectifying potassium (GIRK) channel. It is however unknown whether the ability of alcohol to open GIRK channels matters for its effects in vivo, i.e. how tipsy we feel or how motivated we are to drink alcohol. To address this question, we studied mice that are lacking one of the components of GIRK channels, the GIRK3 subunit. These mice behave normally in the absence of alcohol, and we sought to determine whether they respond differently to alcohol.

Dr. Contet: We found that the absence of GIRK3 did not impact how fast the mice clear alcohol from their body nor how sensitive they are to alcohol intoxication. Alcohol reduced their motor coordination, made them sleepy and lowered their body temperature to the same extent as in normal mice. GIRK3-deficient mice also drank as much alcohol as normal mice when they were given continuous access to alcohol, a situation in which mice sporadically drink throughout the day but rarely get intoxicated. By contrast, when mice are given access to alcohol only for a couple hours per day at a specific time of the day, they drink to the point of intoxication. Under these conditions, which emulate “binge drinking”, the GIRK3-deficient mice drank more than normal mice.

The next step was to locate the region of the brain responsible for the effect of GIRK3 on binge drinking. We turned our attention to the mesocorticolimbic dopaminergic pathway, a neural circuit that facilitates reward seeking. This pathway originates in an area of the midbrain called the ventral tegmental area (VTA) and releases the neurotransmitter dopamine in two forebrain areas: the ventral striatum and the prefrontal cortex. Alcohol, like other drugs of abuse, activates this pathway. When we reintroduced GIRK3 in the VTA of GIRK3-deficient mice, their alcohol intake dropped down to normal levels. Increasing the levels of GIRK3 in the VTA of normal mice reduced their alcohol consumption even further. We concluded that GIRK3 in the VTA keeps binge drinking in check: the more GIRK3, the less binge drinking.

We then wanted to understand how GIRK3 controls binge drinking: do the GIRK3-deficient mice drink more because alcohol is more rewarding to them, or because more alcohol is needed for them to experience the same level of reward? To answer this question, we measured the activity of VTA neurons in brain slices. Alcohol usually make VTA neurons fire more – but in the absence of GIRK3, these neurons were completely insensitive to alcohol, even at a very high concentration. We also measured the levels of dopamine in the ventral striatum. Injecting mice with a moderate dose of alcohol usually causes a rise in dopamine levels – but again, GIRK3-deficient mice were completely unresponsive.

These results may seem paradoxical. If the canonical “reward pathway” of the brain cannot be activated by alcohol, these mice should not have any motivation to drink alcohol. But the mesocorticolimbic dopaminergic pathway is not the only brain circuit responsible for the rewarding properties of alcohol, and we think that GIRK3-deficient mice end up drinking more alcohol to activate alternative circuits more strongly than normal mice would.

Dr. Contet: Our study identifies a protein that plays a key role in the processing of alcohol’s rewarding effects by the brain. We were very surprised that removing a single subunit of these potassium channels, among the many other ion channels found in neurons, completely blocked the ability of alcohol to activate the mesolimbic dopaminergic pathway. This is truly a dramatic effect. Our hope is that this effect could be harnessed to help heavy binge drinkers curb their alcohol consumption, as was done by increasing the levels of GIRK3 in the VTA of mice. It is very interesting that GIRK3-containing channels have also been implicated in regulating the sensitivity of VTA neurons to other, chemically distinct drugs: the date rape drug g-hydroxybutyrate, the psychostimulant cocaine and the opioid morphine. This suggests that a therapeutic strategy targeting GIRK3 could have applications for substance use disorders beyond alcohol binge drinking.

The mesocorticolimbic dopaminergic pathway is undoubtedly the focus of numerous, if not most, studies of reward processing. But another take-home message from our work is that there are other brain regions deserving just as much attention if we want to fully understand how the urge to drink alcohol is generated. It would be foolish to design a therapeutic strategy for heavy binge drinking that would concentrate on the effects of alcohol in the VTA while overlooking the role of alternative circuits involved in the rewarding effects of alcohol, such as the amygdala.

Dr. Contet: In order to design a viable therapeutic strategy targeting GIRK3, we still need to understand the consequences of removing or increasing GIRK3 at the subcellular level. GIRK3 is one of three types of neuronal GIRK subunits, and functional GIRK channels can still form in the absence of GIRK3. Indeed, a study performed in cultured cells had shown that GIRK3 promotes the degradation of GIRK subunits that co-assemble with it, which means that GIRK3-deficient mice could actually have more of the other GIRK subunits. Another possibility that still needs to be explored is that the incorporation of GIRK3 could enhance or reduce the ability of alcohol to activate GIRK channels. Finally, an important hurdle is that we have yet to find a compound that can selectively activate GIRK3-containing channels. However, with the recent identification of a potent agonist selective for GIRK1-containing channels, this hurdle may soon be overcome.

GIRK3 gates activation of the mesolimbic dopaminergic pathway by ethanol