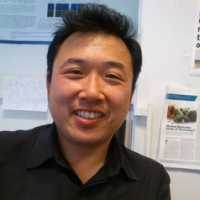 Response: Naltrexone is a drug commonly used to wean addicts off alcohol and heroin, but clinical evidence has shown that when the drug is used at lower doses, patients would exhibit alter immunity. The symptoms that patients with a number of autoimmune diseases and those associated with chronic pain would ease significantly. Additionally, a number of reports showed patients with some forms of cancer would experience therapeutic benefit. Interestingly, the doses of the drug was crucial, and the non-conventional effects of naltrexone was only achieved at doses that were lower that what was conventionally used. We set about to understand why a drug could have such different effects when used at differing doses. Our results show that the genetic profile of the drug is subtly different at the two different doses, which helped us identify novel ways in which the drug could be used to induce an anticancer effect.

Response: A drug such as naltrexone is multi-faceted in nature, and our studies have identified new ways it can be employed to tackle a number of different diseases. Our results support the idea that it can be used in combination with other drugs in a mutualistic fashion to enhance the killing of cancer cells. It has also helped us to design new treatment regimens that can be used in the clinic. However, a small note of caution, as our studies have been in the laboratory, and what is urgently required are clinical trials to confirm what we see here in patients. Nevertheless, these data give us the reassurance that there is good clinical potential.

Response: Trawling through the data from our profiling of the effect of the drug as provided clinicians with further robust scientific evidence that supports the possibility that low dose naltrexone has potential as a new anticancer agent. Furthermore, these information also allows scientists to predict and establish other diseases that may be responsive to naltrexone. I would like to think that the data we have presented will drive forward clinical trials that test the efficacy of this drug as an anticancer agent.

Response: Our results support our overarching ethos that a number of drugs can be re-purposed to be used in diseases that were not originally considered to be responsive to them. There have included other drugs such as the cannabinoids and artesunate. Also, by careful profiling diseases, and how drugs impact upon them, we can prospectively identify and design new ways to utilize such drugs. For example with naltrexone, we identified a way in which it could be used more effectively, by incorporating other drugs that would work cooperatively, resulting in an effect much greater than expected. This was only possible through our research endeavors here at St George’s, University of London, that have focused on understanding the way drugs work at a molecular and cellular level.