04 Nov Drug Positivity in U.S. Workforce Rises to Highest Level in a Decade 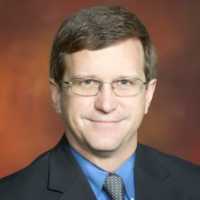 MedicalResearch.com: What is the background for this study of drug testing of the U.S. workforce?

Response: As a leader in the drug testing industry, our primary goal at Quest Diagnostics Employer Solutions is to help employers maintain drug-free workplaces and combat the impacts of substance abuse such as higher absenteeism, increased risk of injury and lower productivity and performance.

One way we support these efforts is to offer analysis and information from resources like the Quest Diagnostics Drug Testing Index™, which we publish as a public service for government, media, and industry. We’ve published the Drug Testing Index since 1988, which is also the year that Congress passed the Drug-Free Workplace Act.
The Drug Testing Index examines positivity rates – the proportion of positive drug test results – among three major testing populations: federally-mandated, safety-sensitive workers; the general (private sector) U.S. workforce; and the combined U.S. workforce. Thresholds for positivity are determined by cutoff levels as established by the administrating authority; these cutoff levels determine the threshold for positivity for a specific substance. Should a metabolite appear at or above the level of the cutoff, a test is determined to be positive.

Over the last few decades, testing policies have evolved to serve a dual purpose of protecting the health, safety, and welfare of both employees and the general public. That’s especially important in certain industries, such as transportation, where an impaired driver, pilot, or operator can create substantial public risk. The positivity rate in 1998, the year of the first Drug Testing Index, was 13.6 percent. Over the last 25 years, as we have tracked the overall positivity rate, we have noted other significant trends in the American workforce based on workplace drug tests. For example, our 2003 analysis revealed that amphetamine positivity had grown by 70 percent over the previous five years. The 2011 Drug Testing Index found that hydrocodone and oxycodone led U.S. general workforce positives. In both 2010 and 2011, the overall drug positivity rate was 3.5 percent, the lowest rate since we began publishing the Drug Testing Index. This year, we found positivity is at a ten-year high.

What that tells us is that trends come and go, and that we cannot rely on assumptions about drug use.

MedicalResearch.com: What are the key findings?

Response: The key finding from the 2016 Quest Diagnostics Drug Testing Index report, based on an analysis of 11 million workforce drug test results, is that drug positivity in the combined U.S. workforce is at its highest level in a decade at four percent. The last time the positivity rate for urine drug tests in the combined U.S. workforce was at or above four percent was 2005, when it reached 4.1 percent.

As opposed to a one-year event, it also appears that workforce drug use is on a multi-year upward trajectory. The current drug positivity rate actually has increased annually for the past three years.

While marijuana is still the most commonly detected drug, we also found that detection rates of amphetamine and heroin have increased annually for the past five years. In urine testing, which detects recent drug use within the previous one to three days, amphetamine positivity increased 44 percent and marijuana positivity increased 26 percent since 2011. While still a small percentage of overall tests, heroin positivity in that period increased 146 percent. And almost half (45%) of individuals in the general U.S. workforce with a positive drug test for any substance in 2015 showed evidence of marijuana use.

We also found interesting differences by testing methodology. The overall positivity rate for oral fluid testing increased 47 percent over the last three years in the general U.S. workforce. This equates to nearly one in eleven job applicants who are unable to pass an oral fluid drug screen. But overall positivity in the general U.S. workforce was highest in hair drug tests, at 10.3 percent in 2015, a seven percent increase over the prior year. Because hair testing detects a pattern of repetitive drug use as far back as 90 days, it can give a more complete drug-use history. By comparison, urine detects recent or new drug use, typically in one to three days, and oral fluid detects recent drug use in the previous 24 to 48 hours.

Response: Workforce drug misuse, like substance abuse itself, is complex, and you can’t really isolate any one factor that is driving the upturn in positivity. It’s possible that in light of years in declines in the positivity rate, workers now feel empowered that their misuse will not be discovered. The findings on increases in marijuana positivity may reflect a more permissive societal view of marijuana use, and this will be an important area for continued analysis, given the national debate about the legality and health impacts of recreational and medicinal marijuana use. Or maybe the increases in positivity, including illicit drugs, reflect that it’s easier to access these substances than any other time in our nation’s history, and that access is trickling into the workplace.

Regardless of reason, while it’s impossible to project what trends in workforce drug testing are ahead, we know that drug testing works. Drug-free workplace programs have been shown to help improve employee morale and productivity while decreasing absenteeism, accidents, downtime, turnover, and theft. We also know that workplace drug use costs employers about $81 billion annually in lost productivity. That’s reason enough for employers to establish and maintain a zero-tolerance drug policy to ensure a safe workplace. Here is an article discussing how to effectively implement a pre-employment drug test.

Response: The fact that the positivity rate is increasing shows that there is no room for complacency. But the human cost of substance abuse is much higher. Employers should remain vigilant for signs that suggest employees may be using illicit substances through all possible means, including drug testing, but ideally they will also provide access to education, employer assistance programs (EAP) programs, and referral and treatment programs. In this way, they support not only a safer workplace, but also healthier employees.