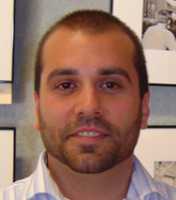 Response: Endocannabinoids are a group of lipid signaling molecules that serve many physiological roles, including the control of food intake, energy balance, and reward. Previous research by my group found that tasting specific dietary fats drives production of the endocannabinoids in the upper small intestine of rats, and inhibiting this signaling event blocked feeding of fats (DiPatrizio et al., Endocannabinoid signaling in the gut controls dietary fat intake, Proceedings of the National Academy of Sciences, 2011). Thus, gut-brain endocannabinoid signaling is thought to generate positive feedback to the brain that promotes the intake of foods containing high levels of fats.

We now asked the question of what role peripheral endocannabinoid signaling plays in promoting obesity caused by chronic consumption of a western diet (i.e., high levels of fats and sugar), as well as the role for endocannabinoids in overeating that is associated with western diet-induced obesity. When compared to mice fed a standard low-fat/sugar diet, mice fed a western diet for 60 days rapidly gained body weight and became obese, consumed significantly more calories, and consumed significantly larger meals at a much higher rate of intake (calories per minute). These hyperphagic responses to western diet were met with greatly elevated levels of endocannabinoids in the small intestine and circulation. Importantly, blocking elevated endocannabinoid signaling with pharmacological inhibitors of cannabinoid receptors in the periphery completely normalized food intake and meal patterns in western diet-induced obese mice to levels found in control lean mice fed standard chow. This work describes for the first time that overeating associated with chronic consumption of a Western Diet is driven by endocannabinoid signals generated in the periphery.

Response: Our studies suggest that chronic consumption of a Western Diet leads to overeating and obesity due, in part, to heightened peripheral endocannabinoid signaling.

Response: We must not forget that feeding behavior and energy balance is controlled by not only the brain, but via the brain’s communication with organs located in the periphery. Targeting cannabinoid receptors in the periphery with pharmacological inhibitors that do not reach the brain is proposed to be a safe therapeutic approach for the treatment of overeating and diet-induced obesity. This therapeutic approach to targeting the periphery has substantial advantages over traditional drugs that interact with the brain and cause psychiatric side-effects.