28 Feb How Does Hip-Hop/Rap Music Influence Molly/Ecstasy Use in African Americans? 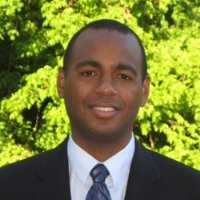 Response: Over the past two decades, the demographic profile of MDMA (ecstasy/molly) users has changed. In particular, African American MDMA use has risen in some cities. One possible explanation of this new trend is the drug’s recent popularity (as molly) in hip-hop/rap (HHR) music. Several top rappers endorse the drug as a way to have fun or get women “loose.” There are currently no studies, however, that investigate the extent to which African American MDMA users listen to. hip-hop/rap music or the influence that these pro-MDMA messages have on their use of the drug.

This study used survey and interview data to identify the extent to which hip-hop/rap music is listened to by African American MDMA users and assess the perceived influence of HHR music on their decision to begin using.

Response: The majority of respondents (79%) reported hip-hop/rap as their favorite genre of music,  and 82% felt HHR did indeed have an influence on their decision to use. Analysis also revealed that the credibility of the rapper was key in the message having an impact on the listener. In other words, respondents began paying attention to the MDMA references, only after respected rappers started mentioning it. Equally important were MDMA references made in contexts outside of song lyrics, such as interviews. Endorsement of the drug by artists in interviews were also mentioned as having an influence on their desire to try the drug.

Response: These results suggest that Black MDMA users are high consumers of hip-hop/rap music. This contrasts somewhat with other studies that show MDMA users listen mostly to electronic dance music and are involved in the rave scene. These findings also suggest that MDMA messages found in hip-hop/rap lyrics do shape some listeners’ perceptions about the drug and can influence decisions to start using. It is also noteworthy that participants reported paying attention to MDMA references only when the source was an artist they respected. This suggests that these same artists could be effective sources for health promotion, prevention, and harm reduction messages aimed at African-Americans.

Response: Little is known about African American MDMA use because previous MDMA studies have mostly focused on individuals in the rave scene and international populations (United Kingdom, Australia). This study is one of the few to focus specifically on African Americans. We hope more researchers begin to investigate this topic further as African American MDMA use appears to be increasing in some US cities. We also recommend that future research investigate further the strength and type of influence that MDMA messages in music are having on listeners.

Response: This research was not able to draw a direct causal link between listening to hip-hop/rap music and decisions to use MDMA and should therefore not be seen as pointing a finger at HHR music for an increase in molly use. Hip-hop/rap is not the only genre where MDMA references occur. Even pop musicians affirm the drug in their lyrics and MDMA-related storylines are now commonly found in mainstream television shows and feature films. Ultimately, this study serves as a reminder of the many ways that messages found in music can influence our perceptions and behaviors.