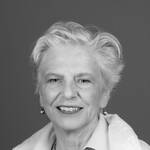 Posted at 18:45h in Addiction, Author Interviews by dantest

Response: There are numerous reports that psychedelics like LSD, taken in very small ‘microdoses’, help boost mood, cognitive function and productivity. The practice is popular in Silicon Valley and among media figures, who report remarkable beneficial effects from regular use of these microdoses. The possible antidepressant effects of LSD are plausible from a neurobiological perspective, as the drug acts directly on serotonin receptors, the same systems where SSRI’s act.  However, the effects of microdosing have not yet been validated in controlled research.

In our study, we recruited healthy men and women to ingest repeated, low doses of LSD under double blind conditions.  They attended four laboratory sessions, separated by three to four days.  They were randomly assigned to one of three groups who received the same drug on all four sessions: placebo, 13 micrograms of LSD or 26 micrograms of LSD. Subjects were not told exactly what drug they were receiving until the end of the study.  We measured their mood, emotional reactivity and cognition.

Response: The higher dose produced detectable effects the first time participants received it.  On the first session, it produced feelings of stimulation and decreased negative mood during a task that mimicked social rejection. However, these effects declined across the four sessions, and no significant effects were observed on other measures or with the lower dose.  No adverse effects were reported.

Response: In this first attempt to document the popular practice of microdosing, we found no adverse effects of the drug, but little evidence for lasting improvements in mood or cognition.

Response: It remains to be determined if beneficial effects of LSD can be demonstrated after a longer periods of use, in symptomatic individuals who report high levels of depression or anxiety, or with more sensitive outcome measures to detect the drug’s effects.

Response: Hanna Molla, PhD, helped to write this report.  The research was funded in part by the Institute for Translational Medicine at the University of Chicago (UL1TR002389).