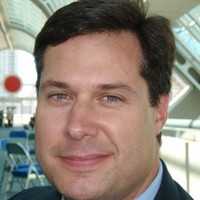 Response: The US Centers for Disease Control and Prevention has projected a drop in the number of overdose deaths for 2018; the first reported decline since 1990. They cite a decrease in prescription opioid deaths as the leading contributor to the overall reduction, but caution that deaths associated with synthetic opioids, primarily fentanyl, as well as stimulants appear to be increasing.

In 2019, we reported a 798% increase in urine drug test positivity rates for nonprescribed fentanyl among results positive for methamphetamine and an 1850% increase among results positive for cocaine. In an effort to conduct ongoing surveillance of the polysubstance use landscape and help characterize these evolving trends in a more timely manner, we examined our UDT data as close to real-time as possible to observe trends in positivity for methamphetamine, cocaine, and heroin, with and without illicit fentanyl.

Response: Between January 2016 and October 2019, methamphetamine and fentanyl UDT positivity as well as the positivity of methamphetamine in the fentanyl positive population (co-positivity), have increased significantly, by 42%, 75%, and 153%, respectively. These increases are in sharp contrast to the positivity rates for cocaine and heroin, alone or in combination with fentanyl, all of which remain steady or are falling.

Response: These data suggest that the reported increases in methamphetamine-related overdose deaths may continue to accelerate. Definitive UDT results may provide a more timely estimation of emerging drug use prior to the reporting of drug overdose deaths allowing for the earlier development of targeted interventions to curb the effect of drug abuse on public health.

Response: Future research may include analysis of trends at regional and state levels, as previous work by the authors have indicated that rates of drug abuse (e.g. fentanyl co-positivity among heroin positive UDT results) have varied substantially by region.

Response: While this research and other data sources indicate that methamphetamine and fentanyl frequently appear together in the same individual, the source of that co-positivity is not clear. Some have proposed that it is accidental cross-contamination occurring in the process of packaging the drugs for sale, while others have proposed that it is an expansion of a practice known as “goofballing.” Understanding which of these is happening is important, because while there is no clear intervention for the former, there may be for the latter, with the possibility of saving a significant number of lives.

Disclosures: Dr Twillman reported receiving personal fees from Millennium Health and Collegium Pharma and having previously been employed by the Academy of Integrative Pain Management, which received funding from commercial interests, including opioid manufacturers, outside the submitted work. Drs. Dawson, LaRue, Guevara, Huskey, and Mr. Whitley are employees of Millennium Health, which supported the study.