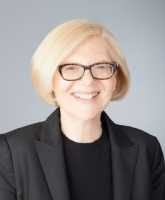 Response: Among adults, the prevalence of cannabis use and cannabis use disorders has increased in recent years. Concerns have been raised that for various reasons, medical marijuana laws would promote use of cannabis and consequently, cannabis-related consequences.

Many studies show that this didn’t happen among adolescents, but very little was known about the relationship between medical marijuana laws and adults. Using data from three surveys spanning the years 1991-2013, the study findings suggested that medical marijuana laws did play a role in increasing rates of cannabis use and cannabis use disorders.

Response: While some people can use cannabis without consequences, cannabis is not a harmless substance. The criteria for cannabis use disorders include experiences such as withdrawal, tolerance, hazardous use (e.g. driving under the influence) and inability to function in major social roles. As marijuana laws become increasingly permissive, unintended consequences may include increasing rates of cannabis-related health problems.

Response: Studies should examine outcomes other than cannabis, such as opioid use, analyze additional datasets, and expand to include the effects of the newer recreational marijuana laws, which have been passed in 8 states as of November, 2016.
MedicalResearch.com: Thank you for your contribution to the MedicalResearch.com community.