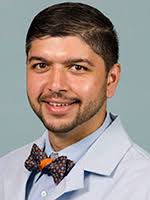 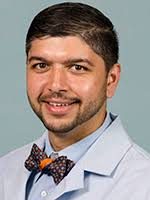 MedicalResearch.com: What is the background for this study? What are synthetic cannabinoids?

Response: Starting in March 2018, patients began reporting to hospitals and clinics with unexplained and prolonged bleeding symptoms, first in Chicago, Illinois, and then spreading to Peoria, Illinois and elsewhere. This gained a lot of press because the initial identifying factor was that all the patients had reported recent use of synthetic cannabinoids. As the matter was studied further, it was determined that these patients were likely exposed to an anticoagulant poison mixed in with the synthetic cannabinoids.

Synthetic cannabinoids are lab-derived illicit drugs that target the cannabinoid receptors that are also targeted by marijuana. They go by many names including synthetic marijuana, K2, and Spice.

Response: The affected population of patients correlated with known demographics of synthetic cannabinoid users. Most patients presented with very high INR levels, and the most common presenting symptoms were abdominal pain and gross hematuria. Anticoagulant testing revealed that the most likely cause was exposure to superwarfarins, primarily brodifacoum. Prolonged treatment with oral Vitamin K is the standard, though in the acute care setting, any number of other reversal agents, including intravenous Vitamin K, four-factor prothrombin complex concentrates, and transfused plasma products can be used.

Response:The patients were most likely exposed to superwarfarins through contaminated synthetic cannabinoids. It is not yet known how this contamination could have occurred, but a number of mechanisms have been proposed including malicious intent, synergistic use of brodifacoum to potential synthetic cannabinoid drug effects, and accidental contamination. Oral Vitamin K is the definitive treatment for superwarfarin poisoning for a prolonged period of time.

We hope that readers of our article will come away better prepared to identify symptoms of superwarfarin poisoning and appropriately manage it.

Response: With relatively limited understanding of the effects of brodifacoum on the human body, a comprehensive retrospective review of all cases with correlation of superwarfarin levels to length of treatment could help in planning for future management in the event of accidental or intentional exposures to superwarfarins. We also hope to see a study of the nephrotoxic effects of brodifacoum and the superwarfarins, including discussion on the unique radiographic findings in these patients.

MedicalResearch.com: Is there anything else you would like to add? Any disclosures?​

Response: One of the concerning aspects of the initial outbreak was the high cost of phytonadione, an oral formulation of Vitamin K. There was a lack of reporting on this issue, but it was a barrier to treatment, resulting in readmission of several of our patients. The drug is only manufactured by a single company and they eventually donated a large volume of the supplement, but not before selling large volumes of phytonadione at these high out-of-pocket prices.

​I have no disclosures to report.