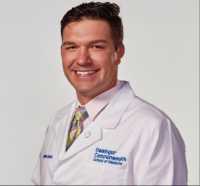 26 Aug Pronounced Declines in Prescription Fentanyl But Not Fentanyl Derivatives

Response: Fentanyl and its derivatives are highly utilized opioid-based analgesics provided to patients in various formulations; however, this agent has also been implicated in many overdoses when misused and has been targeted in efforts to control the opioid epidemic. Different policies and procedures implemented to contain the crisis have impacted the utilization of fentanyl over the last decade and may have implications on insurance reimbursement and prescribing practices. Analyzing data from the Drug Enforcement Administration’s ARCOS database, Medicaid, and Medicare, this study explored fentanyl distribution patterns from 2010 to 2019 in the United States and commented on noteworthy regional differences, effects on insurance, and prescribing practices for various specialties.

Response: There was a 65.5% decrease in the overall distribution of fentanyl per person in the United States from 2010-2019. Ohio had the greatest decrease (-79.3%) while Mississippi saw the smallest (-44.5%). These differences are likely related to each state’s response to the opioid crisis, including legislation signed into law, federal funds allocated to address the crisis, and social support and services established to help those impacted by drug diversion and addiction. There was a 6.8-fold regional difference in the quantity of fentanyl distributed per person in 2010 from hospitals (South Dakota=775.2, Alabama=113.2 ug/person) with similar sizeable regional differences for pharmacies (6.2-fold, Mississippi=1,025.3, Washington DC=165.6). Medicaid reimbursement in 2019 was $165 million for over eight hundred-thousand prescriptions with the majority for generic (99.7%) and injectable (77.6%) formulations. Compared to 2010, this represents an 10.6% increase in total reimbursement and a 44.9% decrease in coverage for transdermal fentanyl prescriptions. Exploring medical specialties, interventional pain management and anesthesia were over-represented while hematology/oncology was significantly under-represented for fentanyl prescriptions in Medicare [1].

Response The patterns of distribution for licit fentanyl over the last decade demonstrate that the scrutiny placed on healthcare systems and pharmaceutical companies have had the desired effect, with decreasing amounts of fentanyl dispensed throughout the country. Additionally, reimbursement and prescribing practices have been impacted further reflecting the overall decreased utilization of fentanyl across the country and in the hospital and pharmacy industries. The apparent successes and shortcomings in controlling the crisis on the state-level appears to be related to the state’s underlying risk factors and vulnerabilities to the epidemic as well as the strength of their initial mitigation efforts.

Response: Despite the ongoing efforts of all stakeholders to address the opioid epidemic, the United States continues to see worsening mortality data related to overdoses especially synthetic opioids like fentanyl. Those states showing the greatest decreases in opioid-related deaths not only employed stricter criminal laws and more stringent medical guidelines, they also strongly endorsed social supports for those impacted by addiction including rehabilitation, educational opportunities, and treatment programs. Many experts believe that the latter approach is the best means to finally gain control of the crisis and prevent further loss of life.

Finally, the DEA’s ARCOS database is an underutilized resource that can serve as an invaluable tool for further pharmacoepidemiology and public health research [2].