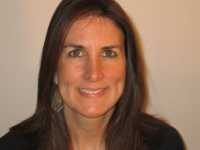 In addition, because prescription opioids are thought to be a precursor to illicit opioid use, we examined in older adolescents hospitalization rates for heroin overdose.

In all children, we determined whether the poisoning was of an accidental nature or could be attributed to suicidal intent.

To address these questions, we used the Kids’ Inpatient Database, a nationally representatives sample of pediatric hospital records released every three years, starting in 1997.

Response: There are four key findings from this study.

Second: Across all time points, the largest number of hospitalizations for prescription opioid poisonings occurred in adolescents, 15 to 19 years of age, Yet, we were surprised to find that the largest increase over time actually occurred among the youngest children—those 1 to 4 years of age, where the rates more than doubled over time.

Third: We found in older teens that hospitalizations for heroin overdose in 2012 were approximately 1.5 times the rate in 1997. Importantly, poisonings from methadone, a prescription opioid used to treat opioid addiction as well as chronic pain, increased by 950%, or nearly 10-fold in approximately a decade and a half.

Response: Hospitalizations increased across all age groups, yet young children and older adolescents were found to be most vulnerable to the risks of opioid exposure.

The vast majority of opioid poisonings in young children—toddlers and preschoolers—are the result of unsupervised ingestions of medications prescribed for an adult (parent, grandparent) in the household. The clear message here is that opioids should be treated in much the same way as anything else is that can cause harm to a child: Opioids should be kept locked-up and out of the reach of young kids.

In teens, our findings mirror what we’ve seen happening in the adult population, where opioid poisonings from both illicit and prescription opioids are on the rise.

Response: Overall, our study illustrates that the current public health crisis caused by prescription opioids is one that affects everyone—from the very young to the elderly. Opioid poisonings in the young are likely to remain a growing problem unless further attention and resources are paid to the impact of the crisis on the pediatric community.

Response: We found in teens 15 to 19 years of age a slight but statistically significant decrease in hospitalization rates from 2009 to 2012. Rates decreased by approximately 7% during this time. However, as I previously mentioned, heroin rates continued to climb during this time.

National Trends in Hospitalizations for Opioid Poisonings Among Children and Adolescents, 1997 to 2012