31 Dec About 1 in 189 US Americans Identify as Transgender 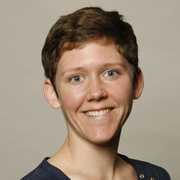 Response: There has been very little data on the epidemiology of the transgender population in the U.S., including basic information regarding the proportion of adults that identify as transgender. Transgender is an identity term for individuals whose gender expression and gender identity does not align with culture expectations and gender norms associated with sex assigned at birth.

Our study used data from the Centers for Disease Control and Prevention 2014 Behavioral Risk Factor Surveillance System to estimate the demographic characteristics of the U.S. adult transgender population compared to the non-transgender population. We found that 0.53% of U.S. adults identified as transgender. Transgender individuals were more likely to be non-white and below the poverty line, were less likely to attend college, and were as likely to be married, living in a rural area, and employed, compared to non-transgender individuals.

Response: There are many opportunities for research regarding transgender demographics and health. For example, inequalities in education and socioeconomic status have negative implications for the health of the transgender population which warrant further investigation. Researchers have an opportunity to significantly improve transgender health simply by expanding the availability of surveys with information regarding transgender identity; this could be accomplished by avoiding conflation of the concepts of sex and gender, and including separate measures of natal sex, gender identity, and transgender status in survey work.