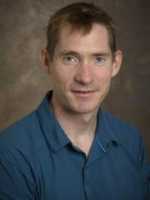 Response: Absolute pitch is the ability to name a musical note in isolation.  It is rare in the population, approximately 1/10,000 people have it.  The neural mechanisms of this ability have not been clear.  It is not known whether people with absolute pitch encode auditory frequencies differently, or whether absolute pitch derives from the same sensory encoding but different memory connections.

That is, these small bits of the brain responded to a wide range of frequencies than those in the other two groups.  This suggested to us that people with absolute pitch might imply what is known as “ensemble encoding”.  That is, they use a larger network of neurons to encode sounds.

Response: Ours is the first study to suggest that people with absolute pitch might encode sounds differently in the brain, rather than just having more strongly developed connections to their memory.

Response: We would like to look at the subcortical auditory areas to determine how early in the auditory stream the changes are evident in people with absolute pitch.  We are also interested in studying a population of people with amusia, which is a profound deficit in musical perception.