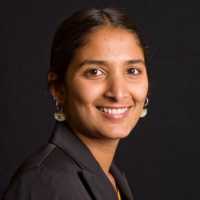 Response: The article Global burden of maternal and congenital syphilis in 2008 and 2012: a health systems modeling study by Wijesooriya, et al published in the August 2016 issue of The Lancet Global Health (Open source – http://dx.doi.org/10.1016/S2214-109X(16)30135-8) estimates the incidence and prevalence of maternal and congenital syphilis for both time periods and identifies gaps antenatal care access and syphilis testing and treatment services to assess progress in the global elimination of congenital syphilis, or mother-to-child transmission of syphilis, as a public health problem.

In 2007, the World Health Organization responded to estimates indicating 2 million maternal and 1.5 congenital syphilis infections would occur annually without treatment and launched the global initiative for the Elimination of Congenital Syphilis (ECS). The strategy includes reducing the prevalence of syphilis in pregnant women and mother-to-child transmission of syphilis. The objective is for countries to achieve high performing antenatal care systems providing access to antenatal care to more than 95% of pregnant women, syphilis testing for more than 95% of pregnant women, and treatment for more than 95% of seropositive women to attain a congenital syphilis rate of 50 or fewer cases per 100,000 live births.

Response: Despite progress from 2008 to 2012, untreated maternal syphilis still caused substantial preventable perinatal morbidity and mortality. We must improve access to and the quality of early antenatal care by increasing syphilis testing and ensuring adequate and prompt treatment for infected women and their partners, and expanding programmes focused on high-risk groups.

Response: The supplementary appendix includes country-level numbers that can be considered by Ministries of Health and international partners to improve congenital syphilis elimination programming.