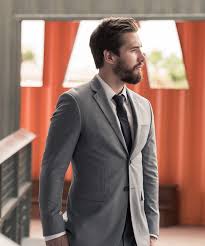 Response: Our work was based on previous findings from hunter-gatherer populations showing that men who hunt and share meat often enjoy greater reproductive access to women.  Research in North America has shown that individuals prefer altruistic partners, especially for long-term mating, and that there may be a sex difference in these preferences such that women exhibit this preference more strongly than men. In line with this, some research has shown that men will sometimes compete with other men in order to make charitable donations to attractive female fundraisers (termed ‘competitive altruism’). Taken together, these findings led us to hypothesise that individuals (and perhaps particularly men) who behave altruistically might experience greater mating success.

In Study 1, undergraduate men and women completed a self-report altruism questionnaire (items such as “I have donated blood”), a personality measure, and a sexual history survey. We found that participants who scored higher on a self-report altruism measure reported they were more desirable to the opposite sex, as well as reported having more sex partners, more casual sex partners, and having sex more often within relationships. Moreover, altruism mattered more for men’s number of lifetime and casual sex partners relative to women’s.

Given the possibility that in any survey research, there is a chance individual’s may report their altruism of sexual history in what they view to be a more positive light (who doesn’t want to think of themselves as altruistic!), in Study 2, we used a behavioral measure of altruism (each participant was entered onto a draw for $100, and at the end of the survey was given the choice to keep their winnings or to donate to a charity). Participants again reported on their sexual histories, as well as completed a personality measure, a scale to capture socially-desirable responding, and a measure of narcissism. Results showed that even when controlling for these potentially confounding variables, that altruists reported having more lifetime sex partners, more casual sex partners, and more sex partners over the past year. Men who were willing to donate also reported having more lifetime dating partners.

Response: Much previous research has shown that altruism is a characteristic that people report finding attractive and is preferred in a romantic partner. However, preferences do not necessarily translate into actual mate choices, which is an important distinction, given that it is actual mating behavior that ancestrally would have allowed for traits (such as altruism) to evolve. Our findings suggest that altruism may serve as a sexual signal that correlates with actual mating outcomes.

Response: Of course, these studies were limited by their correlational design. Future research might consider longitudinal study of altruistic behavior among peri-pubertal youth, with follow-up reporting of sexual histories as they progress through adolescence and young adulthood in order to better address the question of directionality (“does altruism predict later mating success”?).  It would also be worthwhile to examine whether these findings are replicable cross-culturally, and whether there are environmental factors which might augment the link between altruism and mating. In other words, are individuals less likely to concern themselves with a partner’s altruism if some other trait(s) will be more beneficial in the local mating environment, or to fulfill one’s particular mating goals (such as short term versus long-term mating)?