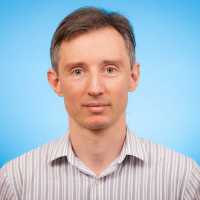 Dr. Urquia: In most populations the sex ratio at birth, that is, ratio of male newborns to female newborns, is about 103 to 107 males per 100 females. This is well established and does not substantially vary according to whether a woman had one or two previous children of the same sex, as each pregnancy is an independent event. However, it is known that several parts of Asia characterize for having son-biased sex ratios at birth. As countries from Asia, such as India and China are the top contributors of births to immigrant women in Canada, we wanted to verify whether son-biased sex ratios were present in Canada. Since induced abortion following prenatal sex determination using ultrasonography has been hypothesized to be a major mechanism that may explain the distorted sex ratios observed in Asia, we also studied the connection between the probability of having boys after induced abortions.

In our companion paper entitled “Variations in male-female infant ratios among births toCanadian- and Indian-born mothers, 1990-2011: a population-based register study” and published in CMAJ Open (insert URL), we used national birth certificate data and verified that the patterns observed in Ontario are very likely to apply to all Canadian provinces. Moreover, son-biased sex ratios at birth among Indian immigrants have existed in Canada since the early 1990’s. The deficit in the expected number of girls to Indian immigrants over the last two decades in Canada is in between 3211 to 5921.

Dr. Urquia: That among some immigrant families girls may be at disadvantage with respect to boys. Not because there is any biological predisposition among girls but because parents may prioritize boys over girls. The question is whether the female disadvantage observed among fetuses is also present in other key life stages such as infancy, childhood, adolescence and adulthood. In other words, are girls to certain immigrant groups less likely than males to have access to good education, health care and developmental opportunities, in a word, to achieve their human potential as human beings?

Dr. Urquia: We still do not know whether son-biased sex ratios at birth are more prevalent among recent immigrants or not. We would expect that after migration immigrants will progressively embrace Canadian values and preference for sons will decrease but we do not have data on this. Likewise, we do not know to what extent these practices exist among second generation Indians (i.e., those born and raised in Canada but to Indian parents).

Future research may ultimately clarify why Indian immigrants in Canada, and perhaps in other countries receiving large numbers of Asian immigrants, after migration continue to exhibit sex ratios at birth as distorted as the sex ratios observed in India, given that they now live in the more gender-egalitarian Canadian society.

Dr. Urquia: We hope that the information provided in our studies is used for respectful and open-minded debates on the value of girls and women in Canada and beyond. Although the findings may not be pleasant for some, we need to realize that we have an opportunity to make a difference in the lives of many girls and women at risk of not achieving their human potential.