10 Aug Any Job is Not Necessarily Better Than NO Job 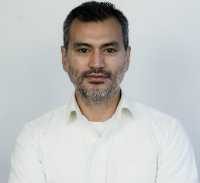 Response: The study examined the common perception that “any job is better than no job” to see whether this was true in terms of chronic stress levels. It followed up a group of unemployed adults representative of adults living in the UK, and compared their health and stress levels in terms of those who remained unemployed and those who became re-employed in poor and good quality work.

Response: Any job is NOT necessarily better than no job. The success of policies aimed at reducing unemployment need to take account of job quality as a measure of employment success, not just whether the unemployed person was successful in getting a job.

Disclosures: The research was funded by the UK Economic and Social Research Council (ESRC).

Retirement and Socioeconomic Differences in Diurnal Cortisol: Longitudinal Evidence From a Cohort of British Civil Servants