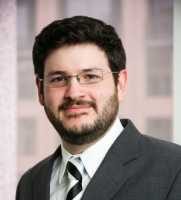 Response: The Affordable Care Act expanded Medicaid eligibility to millions of low-income adults. However, the US Supreme Court struck down the mandatory expansion of Medicaid and ruled that each state could choose whether to expand this entitlement program. This choice could affect the financial health of hospitals by decreasing patient volumes and unreimbursed expenses attributable to uninsured patients while increasing revenue from newly covered patients. The impact of Medicaid expansion on hospital profits remains uncertain, particularly for hospitals that receive generous subsidies from state or local governments for providing uncompensated care.

This analysis focused on the association between Medicaid expansion in 2014 and hospital finances by assessing differences between hospitals in states that expanded Medicaid and those in states that did not expand Medicaid.

Response:  Overall, the 2014 expansion of Medicaid was associated with a decline of $2.8 million in average annual uncompensated care costs per hospital and an increase of $3.2 million in average annual Medicaid revenue per hospital. Medicaid expansion was also significantly associated with improved excess margins (1.1 percentage points) but not with improved operating margins. The estimated associations were also larger in states with high uninsurance rates prior to the implementation of the Affordable Care Act

However, the estimates based on profit margin models were less precise and less robust than the other findings. This is not surprising, given the various factors that can influence the overall profitability of hospitals.

Response: Further study is needed to assess the long-term implications of the Medicaid expansion on hospitals’ overall finances. For example, the Affordable Care Act is expected to substantially reduce Medicaid Disproportionate Share Hospital payments in fiscal year 2018; these payments provide additional funding to help cover uncompensated care in qualifying hospitals that serve a large number of Medicaid and uninsured patients. The proposed reductions were developed to help offset some of the federal costs associated with Medicaid expansion, with the expectation that costs would be replaced with Medicaid revenues from newly eligible beneficiaries. However, states that have chosen not to expand Medicaid will experience cuts in this funding source without the offsetting benefit of an influx of new Medicaid patients. This could widen the financial gap between hospitals in states with Medicaid expansion and those in states without expansion.

Response: For states still considering Medicaid expansion, these findings offer evidence that expansion may be associated with improvements in hospitals’ payer mix and overall financial outlook. However, changes in financial outcomes for hospitals in any given state will likely depend on a host of factors, such as the state’s pre-ACA income and coverage distribution, Medicaid eligibility thresholds, Medicaid reimbursement levels, and subsidies paid to hospitals providing uncompensated care. States should take these factors into account when making their Medicaid expansion decision.