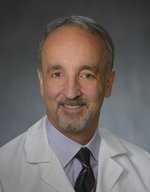 The CREST trial, as originally constructed and at the time ACT 1 was conceived did not include this population (although it later expanded to encompass asymptomatic patients as well), so it was an open question. The second reason had to do with Abbott Vascular, the study sponsor, achieving FDA regulatory approval for their stent system in this population—as well as in the symptomatic population being studied n CREST (which they were also the device sponsor).

The main findings were that the primary endpoint of death/stroke and MI at 30 days plus ipsilateral stroke out to 1 and 5 years was not different between CAS and CEA in asymptomatic patients with severe carotid stenosis on good medical secondary prevention therapy.

Dr. Gray: That this is the second large-scale multi-center study demonstrating that not only are both CEA and CAS accomplished with very low rates of complication (fundamentally each are very safe procedures) but that there is no difference between the two in terms of short-term safety and log-term stroke prevention.

Dr. Gray: The CREST 2 study, already underway, is re-examining the question as to whether immediate CEA or CAS is better than more goal directed and monitored medical therapy which many believe has improved to a point that may obviate the need to remove/stent the potentially offending atherosclerotic stenosis. So that question is attempting to be answered. If roundly positive in favor of medical therapy, it could theoretically nullify to some extent the results of the ACT 1 and ACST 1 trial outcomes; if results are more or less not different between medical therapy and revascularization, then the results of the two previous studies will still be relevant.

Beyond CREST 2, there are many exciting developments in the technological aspects of carotid artery stenting: direct carotid access with flow-reversal, mesh-covered stents, double-filtration devices, etc—all of which have demonstrated improvements in either stroke occurrence or new diffusion-weighted MRI lesions (surrogates for stroke but a objectified measure of embolic protection). More extended and larger scale studies of these and other devices which have shown the ability to materially improve outcomes incarotid artery stenting would be a good start for future research.

Randomized Trial of Stent versus Surgery for Asymptomatic Carotid Stenosis

and featured abstract at the 2016 International Stroke Conference February 2016