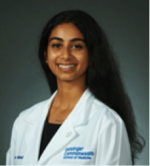 Response: The prescription stimulants methylphenidate, amphetamine, and lisdexamfetamine, classified as Schedule II substances, are sympathomimetic drugs with therapeutic use widely used in the US for Attention Deficit Hyperactivity Disorder. Changes in criteria for diagnosis of Attention Deficit Hyperactivity Disorder in 2013 and approval of lisdexamfetamine for binge eating disorder in 2015 may have impacted usage patterns.

The goal of this study1 was to extend upon past research2 to compare the pharmacoepidemiology of these stimulants in the United States from 2010–2017, including consideration to variation within geographic regions, the Hispanic population, and the Medicaid population.

Response: Through examination of the Drug Enforcement Administration’s (DEA) Automated Reports and Consolidated Ordering System (ARCOS)3, we found a rise in amphetamine (+67.5%) and lisdexamfetamine (+76.7%) with only a modest change in methylphenidate (-3.0%). In a regional analysis, stimulant use was significantly lower in the West compared to other US regions from 2014-2017. A negative correlation was found between the percent Hispanic population per state and Daily Dosage/population per stimulant.

In contrast, an analysis of Medicaid indicated that methylphenidate formulations accounted for over half (51.7%) of the $3.8 billion reimbursed by Medicaid and the plurality (45.4%) of the 22.0 million prescriptions.

Response: The main takeaway from this report is the overall increase in stimulant use from prior years to 2017, indicated by rising amphetamine and lisdexamfetamine distribution. This may correlate with a rise in ADHD diagnoses. There are also regional and population variations in stimulant use, as indicated by lower stimulant distribution in the West and states with greater Hispanic populations. The Medicaid program indicated $3.8 billion USD in spending for stimulant medications in 2018, and greater use of methylphenidate than lisdexamfetamine and other stimulants.

Response: The results of this study contribute to a greater understanding of the ubiquity of these Schedule II substances nationally. Further investigation is needed to better understand this pattern of stimulant distribution.