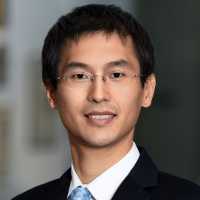 Response: Our prior research consistently found a significant inverse association between circulating levels of soluble receptor for advanced glycation end products (sRAGE), an anti-inflammatory factor, and risk of pancreatic cancer. It has also been found that sRAGE levels or RAGE signaling are modulated by anti-hypertensive (anti-HT) medications, including angiotensin-converting-enzyme inhibitors (ACEi), β-blockers, and calcium channel blockers (CCBs). These medications have been shown in prior pre-clinical or experimental research to either increase sRAGE concentrations, decrease formation of advanced glycation end-products (AGEs), or dampen pro-inflammatory receptor for AGE (RAGE) signaling pathway. We therefore hypothesized that there would be an inverse association between use of anti-HT medications and risk of developing pancreatic cancer.

Pancreatic cancer is a major public health concern in the United States, as it is the 4th leading cause of cancer-related mortality with an estimated of 43,090 deaths in 2017. Pancreatic cancer typically occurs in elderly individuals who also have chronic comorbid medical conditions, such as hypertension. Anti-HT medication use in individuals ≥ 18 years old has increased from 63.5% in 2001-2002 to 77.3% in 2009-2010, according to the National Health and Nutrition Examination Survey in the U.S. Therefore, it is of great public health significance to address the potential association between anti-HT medication use and risk of pancreatic cancer in the general population.

Response: We found an unexpected increased risk of pancreatic cancer among CCB users, especially among long-term users (for ≥ 3 years) compared with women with hypertension who used other anti-HT medications. Our in-depth analysis found that the use of short-acting CCBs (i.e., non-sustained/extended/continuous releasing CCBs such as nifedipine, nicardipine, isradipine, diltiazem, verapamil), but not long-acting CCBs (i.e., amlodipine besylate, felodipine or other extended, sustained or continuous releasing CCBs), was associated with increased risk of pancreatic cancer.

Furthermore, short-acting CCB users had significantly lower levels of sRAGE compared with the users of other anti-HT medications. The observed association between CCB use and pancreatic cancer also differed by sRAGE levels, with a more pronounced positive association (i.e., greater increased risk of developing incident pancreatic cancer) in women with lower vs. higher levels of sRAGE.

There was an inverse but non-statistically significant association for other anti-HT medication use, including diuretics, ACEi and β-blockers with risk of incident pancreatic cancer. In addition, the higher sRAGE levels observed among women who took β-blockers is consistent with prior research.

The observational nature of these findings does not mean that the CCB use causes pancreatic cancer, as causal inference needs to be established by a randomized clinical trial. In addition, the study was done in postmenopausal women and the generalizability of our findings to men and pre-menopausal women should be examined. The possibility of unrecognized confounding factors or residual confounding effect of known risk factors cannot be excluded.

Response: Our research provided novel evidence of potential long-term adverse effects of short-acting CCBs in postmenopausal women with respect to pancreatic cancer risk. The findings need to be reproduced in other studies before changes can be advocated to clinical practice.

Funding sources for this study:

The research was also supported in part by the Houston VA HSR&D Center for Innovations in Quality, Effectiveness and Safety (CIN13-413. PI: Petersen, L).

The association between antihypertensive medication, sRAGE, and risk of pancreatic cancer: Results from the Women’s Health Initiative Study

The association between antihypertensive medication, sRAGE, and risk of pancreatic cancer: Results from the Women’s Health Initiative Study