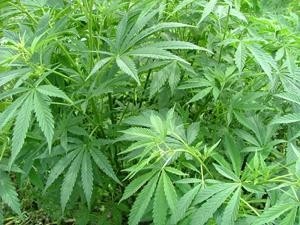 Response: There is pressing need to comprehend how cannabinoid exposure impacts brain functioning. While cannabinoid-related research has increased exponentially in the last decade, the mechanisms through which cannabinoids affect brain functioning are still elusive. Specifically, we need to know how prolonged cannabinoid exposure affects important cognitive processes, such as memory, and also find the roots of those effects. This is particularly relevant considering that several countries have already approved cannabis-based medicines.

In this sense, our work sheds new light into the mechanisms underlaying the memory-deficits provoked by a continuous exposure to a cannabinoid drug. More precisely, using brain imaging techniques, we found that long-term exposure to a synthetic cannabinoid drug impairs the ability of key brain regions involved in learning and memory to communicate with each other. Our data points to the necessity of considering cannabinoid actions in a broader perspective, including brain circuitry and communication.

Response: It is important to contextualize our findings accordingly to the type of cannabis use. Considering the therapeutic use of cannabinoids, it is important to mention that any medicine has beneficial and negative-side effects. The decision to use a specific treatment is made by the medical doctor, taking into consideration the balance between the positive outcome for the patient’s quality of life and the putative side-effects of the selected treatment. As scientists, our work is to study, in detail and without prejudice, those same positive and negative side-effects.

On the other hand, there is the case of recreational use of cannabinoids, in a situation where there is not a previous disease, and which very often turns into a situation of chronic cannabinoid exposure that may itself lead do a disease like situation, due to unbalanced function of the brain. In fact, evidence points to an accentuated increase in this pattern of cannabis consumption and there is also data showing an increase in the potency of the cannabis preparations being sold on the street. In this sense, our report clearly shows how chronic use of cannabinoids can impact the normal functioning of the brain and impair important cognitive processes, such as memory. Moreover, our data shows that these effects occurred in adult subjects, which highlights that the effects of chronic cannabinoids exposure are not only detrimental during vulnerable developmental periods as adolescence, but also during adulthood.

On and all, this data contributes to a pool of available evidence demonstrating how prolonged cannabinoid consumption in the absence of any disease that may justify that use, can negatively impact memory and learning.

What our results show is that it is naive to interpret and characterize cannabinoid actions locally without looking to the entire panorama. By showing that prolonged cannabinoid intake affects the connectivity between different brain areas and the metabolic activity of several brain regions located all around the brain, we demonstrate how reductionist it is to consider cannabinoid actions on the brain as being constricted to specific brain locations. If brain imaging studies are designed along with other approaches and techniques, as behaviour analysis, electrophysiological recordings, and molecular neuroscience, we can deliver more complete and realistic information about the mechanisms underlying cannabinoid actions in the brain.

Response: We would like to highlight the relevance of studies like this one and the importance of this information making its way into non-specialized audiences. At a time when cannabis-based medicines are already approved in some countries, or being debated in governmental parliaments, it is both a right and a duty for the lay audience to be properly informed with truthful, reliable and unbiased scientific information.

As the general interest in cannabis-medicine grows, so does the amount of information that is available. However, in some cases, such information is not based on proper scientific work and has the reverse effect of misguiding instead of lighting the way. That being said, it is extremely important to considerer the results of our work as an attempt to understand the impact of long-term cannabinoid therapy upon brain function under non-diseased conditions. In this regard, we clearly show that prolonged cannabinoid intake, when not used for medical reasons, does have a negative impact in brain function and memory.

It is, therefore, vital to understand that the same medicine which has the power to re-establish an equilibrium under disease conditions, may also have the ability to create marked imbalances in healthy recreational users impairing their cognitive functioning.