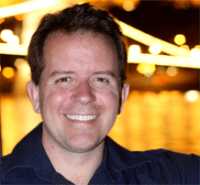 Response: My co-authors and I saw an opportunity to match existing functional brain imaging data with publicly available voter registration data so that we could look for patterns that distinguish brain activity in nonpartisans from partisans.  While a number of studies have found differences in both brain structure and function between partisans on the left and right and there is a massive amount of scholarship in political science on partisans and polarization, no brain imaging work had focused on nonpartisans. Around 40% of Americans do not affiliate with a political party and one important campaign strategy has been to persuade these voters to support party candidates.  However many political scientists are skeptical about voters claims to be nonpartisans and will instead treat them as if they were merely covert partisans.
MedicalResearch.com: What are the main findings? Is it possible to change from partisan to nonpartisan?

Response: If the covert partisans view of nonpartisans was true, we would have expected to find no differences between the partisans and nonpartisans.  However, we find that there are distinct patterns of brain activity in regions that are typically involved in social cognition.  Though this is the first cut of research on this topic, the exploratory analysis suggests that nonpartisans may engage the broader world differently than partisans.  One of the consistent findings in political science more broadly is that individuals can change their political allegiances and identities, but overall these changes are much less common than the patterns of stability.

Response: Nonpartisans are a large portion of the American electorate and campaigns seeking to reach them will need to appreciate that nonpartisans have different attitudes towards politics.  They are particularly turned off by the heated rhetoric that dominates so much of politics today.

Response: We’re hoping that the next waves of research will focus on nonpartisans, rather than just omitting from their studies as is often done.  Other work suggests that while there is a lot of animosity between those on the left and right, the nonpartisans also have negative feelings about partisans and politics more broadly, leading them to disengage.  There are a lot of possibilities for politics that bring people together for solutions, rather than just driving wedges between them and we think that the tools of neuroscience can help politics to open up more of those possibilities.