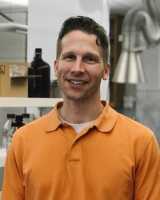 Response: Since 1930 it has been known that the rate of biological aging could be modified by the diet.  In mice for example if you let them eat as much as they want they will live almost 3 years.  Providing essentially the same diet but controlling the number of total calories, there is an almost linear increase in lifespan as you restrict calories.  The studies in mice and rats have been repeated hundreds of times since that time.  There have been a lot of somewhat conflictive observations, like increased formation of new mitochondria, and increased autophagy which targets organelles for degradation, during stable reduced calorie intake. This expectation, that a restricted diet with fewer calories available to the animal could support increased protein synthesis and degradation and result in increased lifespan, is what got us interested in studying Calorie Restriction.  So we measured the relative synthesis rates for several hundred proteins in 18 month old calorie restricted mice which were experiencing the benefits of improved health and lifespan.  We found overwhelmingly that the calorie restricted mice had reduced synthesis rates down to as low as 25% of the age matched control group.  This observation has now been independently confirmed by multiple groups.

Response: In the most recent study we made two important observations.

The first is that the ribosome which is responsible for making all of the proteins within mammalian cells exchanges out some of the protein components within it fairly rapidly.  This is the first evidence of an ongoing maintenance cycle for the ribosome.

We also observed that the rate of this maintenance and the rate of degradation for the entire complex changes in response to a restricted diet.

Response:  One of the most important messages is that biological aging is a modifiable process.  If we can understand the mechanism of aging, we unlock the ability to modify the rate of aging and perhaps prevent the development of age related diseases like frailty, neurodegeneration, and cancer.

Response:  The current study suggests that the reduced protein synthesis and degradation allow the cell to increase the quality of each protein.  Further investigations into the regulation of the ribosome and other important functional units within the cell will identify how protein folding and protein degradation facilitates the improved health and lifespan.  For example with the ribosome, is the exchange of the individual proteins into and out of the ribosome a passive process or are there other proteins in the cell that actively drive the exchange.