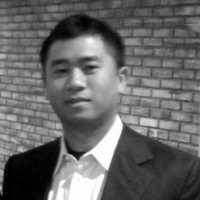 MedicalResearch.com: What is the background for hypoactive sexual desire disorder? How common is this condition?

Mr. Sitchon: Hypoactive sexual desire disorder affects more than 12 million women and 8 million men in the US alone, yet it is widely misunderstood and often misdiagnosed and undertreated. It is characterized by low sexual desire that causes significant personal distress or interpersonal difficulty. It is important to note that HSDD is not a physical disorder, such as erectile dysfunction (ED) or pain during intercourse.

MedicalResearch.com: What is Lorexys and how might it work in HSDD therapy?

Mr. Sitchon: Lorexys is our lead product in development for the treatment of HSDD in women. It is an oral, non-hormonal, fixed-dose combination of two antidepressants: bupropion and trazodone. It is formulated with a ratio that is precisely balanced to neutralize the side effects of its individual components and maximize efficacy. When taken together, bupropion and trazodone modulate the neurotransmitters NE, DA, and 5HT2 in selective brain areas, ultimately increasing sexual desire. The combination also balances out the effects of each drug to reduce the risk of adverse events.

Lorexys recently completed a Phase 2a clinical trial that evaluated its safety, tolerability, and pro-sexual efficacy compared to bupropion, one of its constituent drugs. Clinical trial results found Lorexys to be highly tolerable with minimal side effects, and showed a 38% stronger efficacy than the use of bupropion alone. Trazodone by itself is not expected to have success in treating hypoactive sexual desire disorder.

MedicalResearch.com: How does Lorexys differ from another drug under development for this disorder, Addyi?

Mr. Sitchon: The combination of bupropion and trazodone works to neutralize the effects of each drug while stimulating neurotransmitters in the brain, causing an increase in sexual desire. Addyi (flibanserin) is a serotonin 1A receptor agonist and a serotonin 2A receptor antagonist. In contrast, Lorexys is designed to restore the balance of three neurotransmitters that are known to regulate sexual inhibition and sexual excitation – dopamine, serotonin and norepinephrine.

Mr. Sitchon: Clinical data thus far indicate that Lorexys has the potential to treat  hypoactive sexual desire disorder in women, which represents a major area of unmet need in sexual health. The increased dialogue about HSDD is certainly a part of a larger trend that will hopefully result in reducing some of the stigmas associated with the condition and encourage more women to seek treatment.

Our hope is that with more treatments available to treat HSDD in women, more men will be encouraged to speak with their doctors if they feel they might be suffering from HSDD as well. At S1 Biopharma we are also developing Orexa for the treatment of HSDD in men. Orexa is just about to begin Phase 2a clinical trial as Lorexys enters into Phase 2b.

Nicolas G. Sitchon, M.A., M.B.A. has served as president and chief executive officer and chairman of the S1 Biopharma board of directors since the company was founded in October 2010. From October 2008 to October 2010, Mr. Sitchon performed services in anticipation of S1’s establishment and related to the development of its lead product candidate, LorexysTM. Previously, Mr. Sitchon was Global Research & Development Controller at Bayer HealthCare Consumer Care, a division of Bayer AG. Prior to that time, Mr. Sitchon held positions in marketing, information technology, business intelligence and business planning in the cardiovascular and neuroscience franchises of the pharmaceuticals division of Novartis Corporation. Mr. Sitchon received his M.A. in Medical Science from the Boston University School of Medicine and his M.B.A. from the Boston University School of Management. He completed his undergraduate studies at the University of California, Berkeley.