03 May CLL: Long-term efficacy of ONO/GS-4059 is maintained without emergence of new toxicities 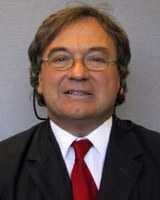 Response: This study follows on from a world-first clinical trial of a new drug to treat particular blood cancers. Results of that international clinical trial were published in the journal Blood in November 2015 and looked at the efficacy of a new inhibitor, ONO/GS-4059, in the treatment of CLL and Non-Hodgkin Lymphoma patients, refractory or resistant to current chemotherapies.

ONO/GS-4059 targets BTK, a protein essential for the survival and proliferation of the tumour cells.

The study opened in January 2012 and 90 patients were enrolled in different centres in the UK and in France, with 28 coming from Leicester. Patients with CLL showed the best response and most of them were still on the study after 3 years, and remarkably without notable toxicities.

In the new paper, we are reporting the long-term follow-up results. This work, published in the journal Blood, was funded by the Ernest and Helen Scott Haematological Research Institute, ONO Pharmaceuticals, Gilead Pharmaceuticals and the Cancer Research UK Leicester Experimental Cancer Medicine Centre. Local charity Hope Against Cancer fund the Clinical Trials Facility based at the Leicester Royal Infirmary.

This current paper describes the long term follow up and shows that in patients with CLL the remissions are durable and associated with no new toxicities. Furthermore, in collaboration with Sistemas Genomicos, a company in Valencia, we have shown that mutations associated with aggressive disease respond well to treatment with ONO/GS-4059.

Response: Long-term efficacy of ONO/GS-4059 is maintained without emergence of new toxicities.

Response: We are now doing studies of ONO/GS-4059 in combination with other precision medicines to assess whether these results can be enhanced in patients with CLL and other B cell malignancies.