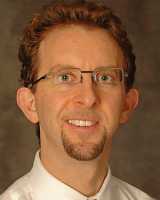 Response: Racial health disparities have long been described, extending even into the highest levels of medical care, namely the Intensive Care Unit (ICU).

Accordingly, we wanted to know whether improvements in ICU care seen over the last decade are equally observed in minority and non-minority serving hospitals.

Response: We found significant differences in ICU outcomes over the last decade amongst patients in minority serving hospitals compared to non-minority hospitals.

Response: Our analysis can not resolve whether the worse outcomes are due to differences in hospital practices or differences in patient populations.  Either way however, as resource allocation is further stretched by the burgeoning costs of medical care, focusing on areas of greatest need is critical.  Our study identifies minority serving hospitals as an area of great need. These hospitals, and the patients they serve, require more support to mitigate the disadvantages facing African Americans.  This might include resources to better identify and treat those disease that preferentially affect African Americans, such as heart failure and kidney disease, as well as interventions to improve primary care access and health literacy in African American serving areas.

As a  nephrologist, I am particularly interested in the effect of racial disparities on kidney disease.  While African Americans have the highest rates of kidney failure amongst ethnic groupings, they tend to receive lower quality dialysis care.  Whether differences in access to the full range of dialysis and dialysis related therapies contribute to this disparity needs to be addressed.

I have no conflicts of interests or disclosures to make.