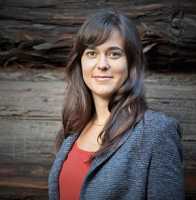 Response: More and more countries are adopting cap-and-trade programs as a way to reduce emissions of greenhouse gases to address climate change. These efforts can lead to short-term health benefits because when you reduce greenhouse gas emissions, you usually also reduce emissions other harmful air pollutants that can cause cardiovascular disease, asthma and cancer.

However, environmental equity concerns were raised early on about whether cap-and-trade would result in localized differences in emissions reductions that would also result in uneven reductions in harmful co-pollutants, such as particulate matter and air toxics. This is because companies can trade pollution permits under a cap-and-trade system and choose to buy more permits rather than reduce their emissions locally. Prior studies show that low income communities and communities of color are much more likely to live near polluting industries.

Response: We examined emissions of greenhouse gases and of other harmful air pollutants two years before and three years after trading under California’s cap-and-trade program – one of the world’s largest – began in 2013. We found that most greenhouse gas emissions reductions were occurring out of state through the importation of less carbon-intensive electricity or the purchasing of credits from “offset” projects in things like forestry and livestock production. 52% of regulated facilities reported increases in their annual average in-state greenhouse gas emissions, even while total emissions stayed well below the limit, known as a “cap”, set by the program.

We also found that disadvantaged communities – including neighborhoods with higher proportions of people of color and low-income residents – were more likely to have experienced an increase in greenhouse gas and health-damaging co-pollutant emissions from regulated facilities nearby than were more advantaged communities. The co-pollutants we considered were particulate matter, nitrous oxides, sulfur oxides, volatile organic compounds and air toxics that can cause diseases like heart disease, asthma attacks and cancer.

Response: While California is on track in meeting its ambitious greenhouse gas reduction goals, disadvantaged communities within the state could benefit more from the program if a larger portion of emissions reductions occurred within the state. Reducing greenhouse gas emissions in disproportionately impacted communities would likely bring improvements in local air quality and associated health benefits to Californians.

Response: Future research should explore ways to incentivize steeper in-state reductions in greenhouse gas emissions and harmonize efforts to achieve the state’s sustainability and environmental equity goals. This might include placing geographic restrictions on trading or reducing the role of offsets in carbon trading programs. Future research on disparities in air pollutant emissions associated with California’s cap-and-trade program is also needed to see if the patterns we saw in our study change as the cap on greenhouse gases is tightened going forward.

Response: This study was led by myself and Dr. Rachel Morello-Frosch at the University of California, Berkeley with collaborators from UC Berkeley, the University of Southern California, and Occidental College in Los Angeles. The work was funded by California Office of Environmental Health Hazard Assessment and the Institute for New Economic Thinking, The funders had no role in study design, data collection and analysis, decision to publish, or preparation of the manuscript.