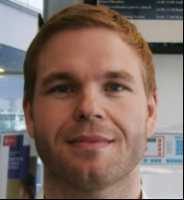 Response: Planned birth (labor induction or pre-labor caesarean section) is a decision to intervene and so determines a gestational age at birth that would have otherwise been later if pregnancy had progressed through to spontaneous labor. Significant changes in clinical practice have seen an increase in planned births before 39-40 completed week’s gestation from an increased use of primary and repeat cesarean section and a greater use of labor induction. At a population level this has resulted in a decrease in modal gestational age with planned birth accounting for almost half of births before 39-40 weeks.

Clinical research has indicated that the threshold for planned birth and the gestational age for intervening has reduced. Numerous reasons have been given as justification for this including litigation, patient and provider perception of safety versus risk, reduced perinatal mortality, increased fetal monitoring, maternal age, obesity and convenience. There has also been the clinical perception that birth just before the optimal date carries little significant morbidity, with a focus on short-term risks to mother or baby only rather than longer-term outcomes. It is of paramount importance to ensure there are no unintended harms from such a significant shift in clinical practice.

This study investigated whether the timing of planned birth was associated with poorer developmental outcomes at school age.

Response: The primary study outcome was being developmentally high risk (DHR); defined as being developmentally vulnerable (bottom 10% nationally) on two or more of five separate developmental domains (physical health and wellbeing, language and cognition, social competence, emotional maturity, and general knowledge and communication). We found that after adjusting for socio-demographic, maternal, infant and assessment characteristics, children who were born at 37 weeks by planned birth had a 26% increased risk of being DHR while children born at 38 weeks by planned birth a 13% increased risk.

These findings were similar for the secondary study outcomes, which were being developmentally vulnerable for physical health and well-being, gross and fine motor skills, language and cognition, basic literacy and basic numeracy. These associations were also still evident among a sub-group of low-risk pregnancies.

Response: Whenever possible planned birth should be at 39 weeks. However, there are pregnancies in which earlier planned birth is necessary to ensure optimal health of the mother and baby. If the pregnancy can be safely extended by a week there may be longer term benefit. For those mothers that do need an early planned birth it is important to know that the overall outlook for the majority of babies is very good.