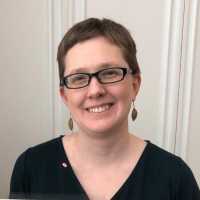 Response: Concerns have been raised about the potential for increases in impaired driving following the legalization of recreational cannabis use in Canada in October 2018. Data from Statistics Canada suggest that cannabis use in the previous three months increased among adults (15 and older) from 14% before legalization in 2018 to 17% in 2019. Among those users with a driver’s license, 13% reported driving within two hours of cannabis use. While this proportion remained the same before and after legalization, this indicates that the absolute number of individuals who reported driving within two hours of use has increased following legalization (due to an increase in the number of users).

Response: Evidence suggests that there is the potential for a small but important increase in fatal motor vehicle collisions following recreational cannabis legalization. However, federal impaired driving regulations and educational campaigns may prevent increases in cannabis-impaired driving in Canada. Healthcare professionals should provide patients with clear, evidence-based guidance for safer cannabis use.