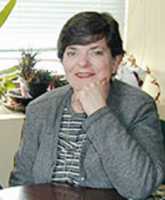 Response: We examined the experiences of 1285 American women, military and civilian, who served in Vietnam during the war and responded to a mail survey conducted approximately 25 years later in which they were asked to report and reflect upon their experiences and social and health histories.

The data were collected as part of a much larger study that centered about methodological approaches to studying health effects of the military herbicides used in Vietnam. To our knowledge, this is the first study

(a) to describe the experiences of civilian women deployed to a war zone and to compare them to those of military women;

(b) to differentiate the experiences and outcomes among military women by the length of their military career service;

(c) to contextualize the general health and happiness, marital characteristics, and childbearing patterns of women deployed to Vietnam and those of their peers by comparing them to a contemporaneous nationally representative age-matched cohort, the General Social Survey (GSS).

Overall, this paper provides insight into the experiences of the understudied women who served in Vietnam, and sheds light on subgroup differences within the sample.

Response: We found that women who made the military their career (>20 years) were less likely to describe their Vietnam experience as “highly stressful” than those who served less than 10 years (12% vs 28%). The civilian women in the study, who were primarily American Red Cross workers, were more like the career veterans (13%). This may, in part, be explained by the higher exposure of the short-term military women, who were in the Army, Navy or Air Force Nurse Corps, to casualties and to other sources of work-related stress.

We observed interesting demographic differences between all military and civilian women who were deployed to Vietnam, compared to the general population. They were less likely ever to have married or had children than women from the general population, and career military women were happier than the general population (48% were “very happy”, as compared to 38%). Civilian women who served in Vietnam reported better health than women in the other groups. Regression analyses indicated that longterm physical health was mainly influenced by demographic characteristics, and that mental health and PTSD symptoms were influenced by wa rzone and homecoming experiences.

Career military women reported feeling the highest levels of family community support when they returned from Vietnam and this support continued to be higher some 25 years later, unlike many short-term military nurses, such as the one who noted: “Feeling like the enemy returning to the U.S.” Sexual harassment was an ever-present stressor, and all women, regardless of rank, were at risk for experiencing it. It is difficult to assess the directionality of the long-term health effects of war zone stressors and career military service. Were the wartime experiences for the higher ranking, older career women significantly different from those of the much more junior veterans, or did the personal and social factors that predisposed women to a long-term military career also lead to having lower perceptions of stress derived from similar dangerous military environments?

One younger nurse-recruit noted: “I was a 21 Y.O. head nurse of a surgical intensive care unit. My patients….all suffered horrible wounds. Daily work was stressful due to the nature of their mutilated bodies and alertness to the horrors of war.” Younger women may have been more affected by exposure to casualties: “Constant stress and overwork. A continuous stream of severely wounded young men – the feeling that there was never enough time to really provide adequate nursing care.” Were older, more seasoned women who had served more years before arriving in Vietnam better able to cope and hence perceive war zone experiences as less stressful and dangerous than the younger, less experienced women? It is important to remember that although older, higher ranking women did have statistically significantly less exposure to casualties, they still had quite meaningful exposures.

Perhaps women with more years of military service prior to the Vietnam War, who would have had needed fewer years of service to reach full retirement benefits, were motivated to continue to pursue their military careers for reasons essentially unrelated to their experiences in Vietnam?

Response: The military experience and exposure to wartime situations is a complex environment. We know that stressful experiences can lead to higher levels of physical and mental health problems that can endure for decades, perhaps for the rest of one’s lifetime. But we also know that service to one’s country in the military or in a civilian capacity, such as the Red Cross workers, can be positive, and for some people the most rewarding period of their lives.

Our finding that a perceived lack of community support negatively impacts PTSD symptomology (as we have previously observed in male American Legionnaires who served in Vietnam), underscores the importance of public information programs and community support activities for today’s returning veterans. Our finding that sexual harassment and other measures of stress in Vietnam were predictors both of worse mental health overall and worse PTSD symptomology specifically, is consistent with the literature linking stressful war zone experiences and negative mental health outcomes over time for both women and men and points to the continued need to reduce exposures to such stressors. As previously noted, even high-ranking women were subjected to sexual harassment during their military service, and sexual harassment was an ever-present stressor that all women were at risk for experiencing. Sexual harassment and military sexual trauma remain problems for our service members and veterans today, but have received greater attention from both the Departments of Defense and Veterans Affairs.

Response: Warfare can be brutal and casualties, both short-term and long-term mental and physical health effects in some portion of those who serve, both as civilians and in the military service, are inevitable. However, it is likely that there are many programs and policies that exist or could be devised that will mitigate and reduce the negative aspects. There is an ongoing need to assess the health and wellbeing of deployed personnel so that the most effective programs and policies can be developed. There is also an ongoing need to educate the public about the issue and to provide programs and environments that help mitigate the adverse effects of military service.

Response: There are no disclosures. This work is the result of a productive collaboration between researchers at the Mailman School of Public Health and researchers at the VA National Center for PTSD, VA Boston Healthcare System Massachusetts Veterans Epidemiology Research and Information Center and the Boston University School of Medicine and has been approved by all institutional IRBs.