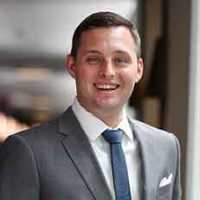 Response: I’ve been working with Coady Wing and Ashley Bradford on a few different studies of the effects of recreational marijuana laws on drug and alcohol use.

Soon after EVALI became a major issue, the prevailing theory from the CDC and others was that EVALI was caused by the use of vitamin E acetate in illegal THC vaping products.

Our group read about this and we thought about some of the things that often happen in black markets for illegal drugs. For instance, during the alcohol prohibition era, bootleg alcohol producers often made and sold alcohol products that were not that safe to drink. In more recent years, there are cases where black market sellers of illegal drugs like heroin try to increase profit margins by adding other substances, which can be harmful.

We thought that maybe something like that could be happening in EVALI. Perhaps people in states where recreational marijuana is legal tended to purchase marijuana products from the legal market and the legal market was not selling any marijuana vaping products that included vitamin E acetate.

Response: Our study is very simple and it’s important not to read into the results too much. We computed the number of EVALI cases per 1 million population in each state.

Response: Ideally more research would be done on the purchasing/consumption behavior of THC products for  those who live in states with and without legal cannabis markets. Importantly our study does not evaluate if recreational marijuana or if e-cigarettes/vaping devices are dangerous. Assessing the potential harms and benefits (e.g., e-cigarettes potentially decreasing traditional cigarette smoking) for each of these is an important area needed more research.

Response: Our study has a number of limitations, it is important not to read into our results as causal. We did not examine an experiment or use a quasi-experimental setting to assess causality. However, the results are suggestive that access to legal markets for marijuana mitigated, in this one instance, the use of contaminated illegal products. This is not to say that illegal products are always unsafe and legal products are always safe. The results are also suggestive that attempts to curb EVALI by banning legal e-cigarette vaping devices will likely be unsuccessful.