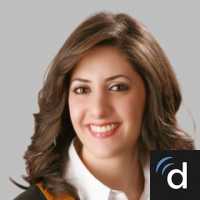 Dr. Nawas: T cell immunity is believed to be particularly critical to the control of genital herpes, an incurable, lifelong sexually transmitted disease that affects roughly 500 million people worldwide. Genital herpes is characterized by recurrent, painful genital lesions and can be transmitted to sexual partners, even when there is no visible sign of the infection. Current genital herpes therapies only partially control the infection in some patients. These individuals continue to experience clinical symptoms and viral shedding, which drives disease transmission. Incomplete control of genital lesions and transmission risk, and the inconvenience of taking a daily medication are hurdles for effective long-term disease management.

GEN-003, is a first-in-class immunotherapy developed by Genocea Biosciences and is intended to treat genital herpes by inducing both a T cell and B cell (antibody) immune response. GEN-003 has demonstrated promising results to date by showing statistically significant reductions in the clinical signs of genital herpes and viral shedding, as well as safety and tolerability in its Phase 1/2 and Phase 2 clinical studies.

Dr. Nawas: The ongoing Phase 2 study has confirmed the antiviral activity of GEN-003 and identified the best dose combination of antigen and adjuvant. 310 subjects with chronic genital HSV-2 infection were randomized into one of six dosing groups of either 30 micrograms or 60 micrograms per antigen paired with one of three adjuvant doses (25µg, 50µg, or 75µg) or a seventh group of placebo. After the first observation, 28 days immediately following dosing. Patients in the placebo arm were then rolled over to 1 of the 6 active combinations of GEN-003 and Matrix-M2. Confirming results from the previous Phase 1/2a study, GEN-003 demonstrated profound and durable effect on viral shedding and lesion rates. While statistically significant reductions in HSV-2 shedding in all of the active dose groups were observed, the best dose combination was 60µg of each protein and 75µg of adjuvant, demonstrating a 58% reduction in viral shedding at six months. The trial also demonstrated that the proportion of patients who were lesion-free at six months after GEN-003 dosing ranged from approximately 30 to 50 percent, similar to results reported in clinical trials with oral antiviral therapies. In addition, the time to first recurrence after completion of dosing showed a range of 152 days to greater than 180 days among dose groups. GEN-003 also demonstrated sustained and statistically significant reductions from baseline in genital lesion rates in five of six dose groups ranging from 43 to 69 percent.

Dr. Nawas: Based on the positive results reported trials to date, GEN-003 has the potential to become the first therapeutic vaccine for genital herpes – or any infectious disease. GEN-003 has demonstrated similar efficacy against genital herpes to that seen in previous trials of daily, oral anti-virals, with a novel mechanism of action that will allow greater convenience and compliance among patients. Additionally, the majority of patients with genital herpes currently treat the disease episodically, only taking anti-virals when they experience visible lesions. GEN-003 is providing compelling evidence that it could improve upon this approach – showing durable clinical efficacy and reduced viral shedding, which could lead to fewer outbreaks and potentially less risk of virus transmission.

Dr. Nawas: Planned clinical evaluation of GEN-003 is ongoing, with the final readout from the Phase 2 dose optimization trial anticipated in the first quarter of 2016 at the 28-day observation period 12 months after dosing. Later in the year, efficacy data is expected, measuring the efficacy of GEN-003 manufactured on a large scale against viral shedding as well as potential Phase 3 endpoints such as time to first recurrence and percent lesion free at 6-months after dosing.

It will also be important to examine how GEN-003 might be combined with current oral antivirals to boost the effect of chronic suppressive therapy. A trial examining this is scheduled to begin in the middle of 2016, with clinical efficacy data potentially available in the first half of 2017.

Dr. Nawas: Based on the magnitude and durability of the effect seen throughout its clinical development, GEN-003 could become a cornerstone treatment for patients with genital herpes infections.

Citation: Abstract presented at the 2016 American Academy of Dermatology Meeting