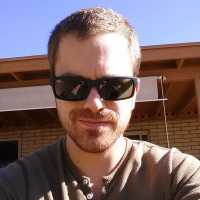 Response: Reverse transcriptases (RT) have revolutionized the field of biology – enabling the conversion of RNA into DNA. This initially allowed the cloning of mature messenger RNA into cDNA libraries (e.g. cloning human genes), but has since been finding a more modern role in high throughput RNA-seq which can accurately depict the physiological status of a cell. Despite its critical role, an inherent flaw exists in all known reverse transcriptases. They make many errors while copying RNA – due to the lack of an error-checking (proofreading) domain. Consequently, the errors produced in reverse transcription are propagated into RNA sequencing potentially leading to corrupted data.

Response: The take away messages are two-fold.

On the evolutionary side, it’s interesting that nature never evolved a proofreading reverse transcriptase despite it being only a handful of mutations away from DNA polymerases. We speculate that this is likely because high fidelity RT was simply never needed and that the error-prone nature of RTs may actually be an integral part of the viral lifecycle by adding genetic diversity.

On the biotechnology side, this enzyme will likely be widely adopted by the research and medical community as it allows unprecedented accuracy of RNA sequencing.

Response: Due to the interesting properties of the RTX enzyme, we suspect there will be a number of studies pushing the boundaries of this technology. Applications such as single-cell RNA sequencing are starting to take off, and we suspect that this enzyme will really excel here. In collaborations we’ve started, we’ve noticed a 10-fold increase in cDNA synthesis for low level input RNA. The impact of this would be huge – as it will allow us to understand the inner workings of individual cells with unprecedented accuracy. The enzyme also works at a very high temperature (~70C), so we also suspect that the enzyme will be well suited to detect highly structured RNAs that might normally not be detected by reverse transcriptases that work at lower temperatures. We also hinted in the manuscript that the enzyme is capable of directly sequencing RNA without conversion to cDNA and PCR amplification. We are very excited about this, as many biases are introduced in these steps. Advancements in this area will not only give a better representation of cell physiology, but will also greatly decrease the time from sample to sequence to diagnosis.