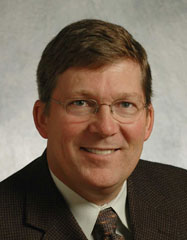 Dr. Rowe: Frequent users are also called “familiar faces” or “heavy users” and they represent an important sub-group of patients in the emergency setting, with often complex needs that contribute to overcrowding and excess health care costs. The evidence suggests that frequent users account for up to one in 12 patients seeking emergency care, and for around one in four of all visits.

Dr. Rowe: Frequent users of emergency department care are more than twice as likely to die, be admitted to hospital, or require other outpatient treatment as infrequent users, concludes an analysis of the available evidence, published in Emergency Medicine Journal.

These conclusions are based on a thorough search of seven electronic databases of relevant research relating to the frequency and outcomes of emergency department use by adults. Out of a total of more than 4000 potential studies, 31 relevant research reports published between 1990 and 2013 were included in the final analysis. Frequent users were variably defined as visiting emergency care departments from four or more times up to 20 times a year.

Dr. Rowe: Our results suggest that, despite heterogeneity, frequent users are a distinct and high risk group. Clinicians should be aware of the important risks associated with this group of patients. Frequent users should not be discouraged from attending emergency departments; however, an organized care plan should be developed.

Dr. Rowe: The lack of any consensus as to what constitutes a frequent user is striking, and this makes it difficult to permit comparison and generate potentially generalizable recommendations. Proactive, targeted treatment may help patients and clinicians. Further research on these remaining issues is urgently required.

Mortality, admission rates and outpatient use among frequent users of emergency departments: a systematic review