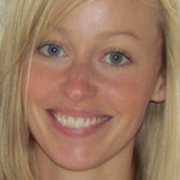 Response: Post-traumatic stress disorder (PTSD) was once thought to be a disorder of combat veterans, however, we now know that more than 60% of Americans experience a traumatic event during their lifetimes, and that this can have negative consequences for mental and physical health. Many people recover from the psychological effects of trauma without any intervention, but a significant proportion have long-lasting debilitating symptoms.

Supported by the NIH, the cutting edge of PTSD research includes new strategies for preventing the disease, rather than treating PTSD after patients have been living with symptoms for months to years. In order to prevent the disease, it is critical that we are able to quickly identify people who will be at risk for the disease following a trauma, so that preventive strategies can be deployed bedside in the emergency room or in the battlefield. In the current study, we used functional MRI to predict which individuals would recover from trauma, and which individuals would have long-lasting symptoms of PTSD.

Response: We conducted the MRI scan shortly after a civilian trauma (such as a car accident, gunshot wound, or work-related injury), but prior to the onset of PTSD. To engage brain circuits involved in emotion processing and regulation, we showed participants threatening and neutral stimuli. Participants who showed exaggerated activity of the amygdala, a key brain region involved in coordinating emotional responses, were more likely to later show more severe PTSD symptoms over the year following the trauma. Additionally, slower recovery trajectories were observed in participants who failed to maintain high levels of activation in ventral anterior cingulate cortex, when they were confronted with repeated presentations of the threat stimuli. This may indicate difficulties in emotion regulation, as the anterior cingulate cortex is involved in top-down regulation of emotional arousal.

Response: Our findings show markers of brain function that can be used to identify individuals who will benefit from new intervention strategies designed to prevent PTSD. However, given its expense, and the fact that many patients are uncomfortable in the MRI scanner, this is not likely to be a great clinical tool for assessing PTSD risk in the long term. Instead, the value of the findings is in identifying a neurobiological mechanism that is important for the development of later PTSD.

For example, clinical trials of novel interventions often show no effect of a promising new drug or behavioral therapy relative to placebo. Such trials could identify patients who are most likely to need an intervention by looking for those with exaggerated amygdala responses to threat stimuli. In addition, new pharmacological and behavioral treatments can be developed with respect to their ability to decrease amygdala reactivity to threat.

Response: The findings suggest that people who are at risk for developing PTSD have pre-existing difficulties with regulating emotional arousal. A major goal for future studies will be to identify inexpensive and easy-to-deploy methods that could be used to identify these individuals in healthcare settings following trauma, such as physiological measures of arousal including the sweating response or changes in heart rate.

Disclosures: The authors have no conflicts of interest to report, financial or otherwise.