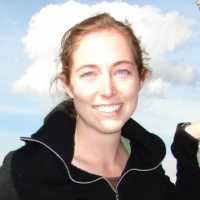 Response: The data for this study come from the Household Component of the Medical Expenditure Panel Survey (MEPS-HC), a nationally representative survey that is conducted annually by the Agency for Healthcare Research and Quality (AHRQ). The survey collects detailed information on health care utilization and expenditures, health insurance, and health status, as well as a wide variety of social, demographic, and economic characteristics for the U.S. civilian non-institutionalized population.

Response: Health care spending in the U.S. is highly concentrated among a small group of people. Older adults (45+) and adults with public insurance tend to have higher healthcare expenditures on average. Expenditures among uninsured adults are lowest on average; nearly half of this group had no expenditures in 2014.

Response: Future research could include considering the impact of various health conditions on the concentration of expenditures, or comparing the degree of concentration in the U.S. versus other countries that have different populations and health care systems.