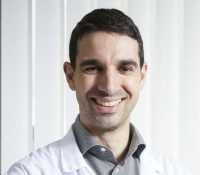 Response: When the tobacco industry began to promote new “heat-not-burn” (HNB) tobacco cigarettes as a “safer” alternative to traditional cigarettes, we wanted to find out if their claims were true. Philip Morris International (PMI) created an HBN called IQOS® (I-Quit-Ordinary-Smoking). IQOS® uses tobacco sticks soaked in propylene glycol, which are inserted into a holder and heated to a maximum of 350°C. PMI claims that because its HNBs don’t combust, they emit far fewer harmful chemicals than conventional cigarettes. We decided to test their claims.

Response: We designed and tested a smoking device and then used it to capture heat-not-burn emissions. Volatile organic compounds (VOCs), PAHs, and carbon monoxide (CO) were definitely present in IQOS smoke. VOC and PAHs are the family of substances which cause heart attacks and cancers, amongst others in cigarette smokers.

Response: There is smoke without fire. IQOS® releases smoke, probably because tobacco degrades from the heat even when oxygen is not present. This process, called pyrolysis of tobacco, releases most of the harmful chemicals in smoke. Heating tobacco or wood to 330°C alters its composition and releases smoke, despite the absence of oxygen, creating char. IQOS® is probably charring tobacco instead of partly burning it like conventional cigarettes do. Pyrolysis occurs during both burning and charring, so the smoke released by both IQOS® and conventional cigarettes is not as different as PMI might wish the public to believe. The same chemicals are present, though in different amounts.

Response: We need more independent studies to provide accurate information to the public and stakeholders. We cannot trust industry to conduct and interpret studies that evaluate the safety of their own products because their financial stake in a positive outcome is too high. As far as we know, we are the only independent team to compare heat-not-burn cigarettes with conventional cigarettes. Independent studies are much more reliable than industry-conducted or sponsored tests because independent researchers have no financial conflict of interest.