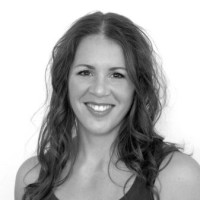 Response: Parkinson’s disease (PD) has an insidious onset and the prodromal phase, preceding the onset of the characteristic PD symptoms, may last for decades. Most prodromal signs previously reported are of non-motor type, such as sleep and mood disorders. However, recent studies have reported balance problems and an increased risk of accidental injuries in the last 3-5 years before diagnosis of Parkinson’s disease , and in a previous study we found a lower muscle strength at military conscription in men who were diagnosed with  Parkinson’s disease three decades later. In this study, we aimed to investigate if such subtle strength deficits may translate into an increased risk of fall-related injuries.

Response: The high risk of injurious falls already before the diagnosis of Parkinson’s disease indicates a need to focus on fall prevention also in early stages of PD.

Response: Our findings support the hypothesis of a very long prodromal phase of Parkinson’s disease . Thus, there is a need to include young populations in research aiming to identify causal risk factors for PD.

Response: It should be noted that the overall risk for  Parkinson’s disease was very low, also for those with previous injurious falls.

Risk of Injurious Fall and Hip Fracture up to 26 y before the Diagnosis of Parkinson Disease: Nested Case–Control Studies in a Nationwide Cohort