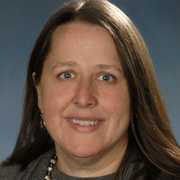 Response: While men make up only about 25% of all hip fractures, the number of men who fracture their hip is increasing and we know men are more likely to die than women after a hip fracture. It is also known that those with cognitive impairments, typically due to delirium and Alzheimer’s disease and related dementia, are more likely to do more poorly after the fracture. The impact of both sex and cognition on outcomes after hip fracture has not been fully explored.

Response: These findings suggest that men who are cognitively impaired are particularly vulnerable and in need of special attention to improve their likelihood of surviving. It may be valuable for clinicians to monitor hip fracture patients after hospital discharge (especially men) to see if they are still experiencing cognitive impairment and effects of delirium. Interventions to reduce delirium (evaluation of medications, nutrition, infections, and comorbidities) may be needed. It is also important that those with cognitive impairment get rehabilitation to help improve their mobility.

Study Strengths: Our sample had equal numbers of men and women so better able to examine the sex differences. We also had multiple measures of cognitive functioning. Measures were done around 15 days after admission, and so we have measures of people usually after their hospital discharge.
Study Weaknesses: There was limited information on delirium in the hospital. Our delirium diagnoses was based on the hospital chart, which is known to underdiagnose delirium, and so the cognitive impairment we measure may be a continuation of delirium that started in the hospital.

This research was funded by grants from the National Institute on Aging at NIH.