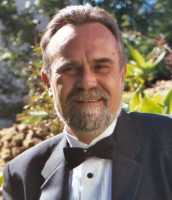 Dr. Smith: Our laboratory has been developing a macaque model for testing drug release, safety and efficacy of intravaginal rings (IVR) for preexposure prophylaxis (PrEP) against HIV for several years. The initial studies involved both matrix rings, where the drug is dispersed in the silicone matrix of the device, and reservoir rings, which are essentially a polymer tube filled with drug. In collaboration with the Oak Crest Institute of Science and Auritec Pharmaceuticals, Inc., we began testing a new type of intravaginal ring, the pod-IVR. In this innovative design the ring itself is a scaffold that contains compressed polymer-coated drug tablets, or pods, within the ring. Each pod is separate, allowing for a customizable release rate for each drug by varying the number and diameter of the drug release ports for each individual pod. The macaque pod-IVR can accommodate up to six pods whereas the human pod-IVR can accommodate up to 10 pods. The IVR design was developed to allow the delivery of drug combinations and for simple, cost-effective manufacturing.

Dr. Smith: In our recent PLOS ONE manuscript we describe an efficacy study conducted in normally cycling female pigtailed macaques. The pod-IVR released both tenofovir disoproxil fumarate (TDF) and emtricitibine (FTC), the only drug combination currently approved by the FDA for HIV PrEP. This is the first evidence that this drug combination, when applied topically from a sustained release device, is sufficient to protect macaques from a rigorous virus challenge with SHIV162p3, a chimeric SIV/HIV virus routinely used in macaque models. The protection lasted for a full 16 weeks with virus exposures occurring once per week, and pod-IVRs exchanged every two weeks. The drug levels were maintained above the protective threshold throughout the study.

Dr. Smith: The TDF/FTC pod-IVR is safe to use and completely protects macaques from multiple SHIV exposures in a very rigorous infection model. The pod-IVR exhibits zero-order release rates that are not attainable by more traditional IVR designs, and they are a cost-effective, female-controlled option for resource-limited regions. This highly versatile IVR design will give women a viable option to other HIV PrEP modalities such as oral dosing, gels and injectables.

Response: The TDF/FTC pod-IVR is currently being tested in clinical trials. Multipurpose prevention technologies are quickly gaining acceptance and the pod-IVR can be easily expanded to release multiple drugs from a single dosage platform that can be used for 28 days or longer. Further investigations in the macaque model into protection from other sexually transmitted infections coupled with hormonal contraception seems like the next logical step with the pre-clinical evaluation of the pod-IVR.

Dr. Smith: I would like to acknowledge the efforts of everyone involved in not only this study, but those involved in the preliminary studies that led up to achieving full protection from infection in the macaque model. This study is the culmination of years of truly collaborative research by people dedicated to the goal of reducing the number of new HIV infections in women. Protection from HIV infection can only be achieved if an effective product is available and used, and we are grateful for the opportunity to do whatever we can to develop viable options for women.