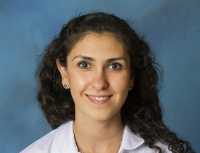 21 May How Do Gender Bias and Stereotypes Influence Surgical Training?

Response: Compared to other fields, medicine, and especially academic surgery and its subspecialties, trail with respect to gender diversity. Considering that these fields were traditionally male-dominated, two issues that may present ongoing challenges to the retention and promotion of women are pro-male bias and negative stereotypes about women. Training specific to pursuing a surgical career begins in residency, so it is important to understand how these issues affect motivation and achievement during this formative period.

In our study we first evaluated the association between pro-male bias and research-related career engagement using a survey methodology, and then looked at whether evoking negative stereotypes about women was associated with reduced performance on a simulated technical skill assessment called the Fundamentals of Laparoscopic Surgery (FLS) assessment.

In the second part of the study, we asked residents to read material that either indicated that women performed worse than men on laparoscopic skill assessments, or that indicated no gender-based difference in performance. Immediately afterward, residents were asked to complete the FLS assessment. We found no difference in FLS scores between men and women in either intervention arm.

After the FLS assessment, we asked residents to retake the survey that they had taken in the first part of the study. One of the scales on this survey evaluates how susceptible an individual is to a phenomenon known as stereotype threat. Stereotype threat is a complicated idea but, in its simplest form, describes the risk of reinforcing a negative stereotype about a social group with which an individual identifies. We noted that women with higher susceptibility to stereotype threat who were presented with negative stereotypes about women’s laparoscopic skill performance relative to men’s exhibited lower performance than their male counterparts.

Response: First, our data suggests that bias may shape motivation and achievement, and that negative stereotypes may be detrimental to the professional performance and development of stigmatized individuals. Although we were concerned with how these constructs influence the surgical trainee, it is important to bear in mind that our findings may have consequences for patient care. If a singular, subtle, and transient exposure to a stereotype could negatively impact surgical skill performance, could this possibly translate to harm in a patient? This possibility, while not addressed in our investigation, should compel us as a community to take actions that change the prevalence of these stereotypes and associated bias in our culture. Additionally, there are interventions and strategies that reduce our vulnerability to stereotypes and bias that we can incorporate into our training. These issues are not about the environment or the trainee in isolation, but about how the individual interacts with and internalizes features of the environment.

Second, not all individuals who are part of an underrepresented demographic or identify strongly as a member of a stigmatized group will exhibit susceptibility to the negative consequences of stereotypes and bias. In fact, how an individual responds to these issues varies widely. For example, some women in this study exhibited a reactive response and had improved performance, presumably driven by a motivation to debunk the stereotype with which they were presented. I call attention to this because some may interpret in this study the connotation that training should be curated based on demographics. This oversimplifies the issue in a way that, I fear, may threaten the efficacy of providing more equitable training. This approach neglects that an individual may belong to multiple social groups and that interventions such as this target only a single aspect of an individual’s identity. Also, interventions that highlight gender-based differences may actually exacerbate disparity by calling attention to stereotypes or alienating a majority that does not experience the same challenges as an underrepresented group.

Finally, as I alluded to briefly above, although this study has several strengths, it also has limitations worth noting. We investigate underrepresentation on the basis of gender as a binary construct. We were underpowered to study intersectional effects. We used survey subscales with items that had been modified for the purposes of our study and were unable to confirm the validity of these subscales. Since, to our knowledge, there are no established or standardized metrics to evaluate how environments perpetuate stereotypes or bias, we were not able to account for how organizational or institutional policies may have factored into our results.

Response: My mentor, Dr. Matthew Rosengart, who is the senior investigator on this study, discusses the importance of identifying deep-seated commonalities that we as humans share. He argues that ours and others’ future research should bring these issues to the surface of surgical education. Once this is done, interventions can be designed that foster inclusivity, in manner that represents a visible and palpable ‘welcoming’ of that which is different.

I think future investigations should explore

Empirically validated strategies to reduce stereotype threat and its consequences are also needed and there are several of which I feel translate nicely to the surgical training environment. Examples include:

We should also foster better intergroup relations inside and outside of the hospital. We need to consider how stereotypes and bias may affect socialization, which is especially important in surgery given that surgical trainees spend long hours at the hospital and our interactions sometimes blur the boundaries between professional and personal domains. Reminding trainees of similarities in interests rather than differences, whether it be with group outings during conferences, light-hearted banter in the operating room, etc., is important. It demonstrates that men and women are valued equally and reduces concerns with sense of belonging.

I also think that any future investigations should be designed with the understanding that surgery and surgical training is necessarily a group activity. Success both for providers and patients requires a mutual respect and cooperation. For this reason, interventions must be applicable to all parties and implemented using a team-science type of approach.

Response: Neither I nor my co-authors have any significant disclosures related to this study.

This study was heavily influenced by important work from other investigators, including Drs. Claudia Mueller, Geoffrey Cohen, and Arghavan Salles. These are complicated issues and I am thankful to others who have helped to investigate them with equipoise and rigorous scientific methodology.