17 Nov How the Structure of the Brain Resembles the Universe 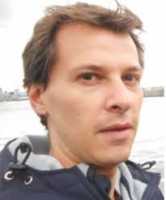 Response: We are an astrophysicist and a neurosurgeon, and we realised we had access, from our disciplines, to quantitative datasets to test the (long lived) idea that the two systems are very similar. So we designed simple experiments in which we can analyse both systems in an homogenous way.

Response:  If this work has any value, this is probably to be searched into the way it exposes the way in which such different systems (indeed sitting at the opposite extremes of cosmic scales) may evolve according to similar “macro” laws , i.e. not newer physical laws in any sense, but complex ways in which physical laws combine to evolve macro objects, or in this case networks of event. We hope this will trigger new research in this sense in the near future!

Response: The idea that complex systems in the Universe are likely to follow similar “logics” (meaning the logic from physics!), despite their incredible difference in size and origin. Which is something astrophysicsts are used to (for example, we use the same laws describing the evolution of oceans and clouds also to model the evolution of clouds of plasma of millions of lightyears of size), but can be interesting for the public in general – also because it once more stresses the importance of understanding maths and statistics if we want to make a sense of Nature. 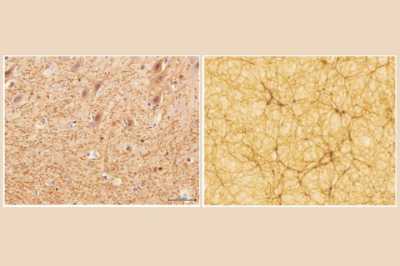 Left: section of cerebellum, with magnification factor 40x, obtained with electron microscopy (Dr. E. Zunarelli, University Hospital of Modena); right: section of a cosmological simulation, with an extension of 300 million light-years on each side (Vazza et al. 2019 A&A).
Credit: University of Bologna

Response:  This research has highlighted that there are mutually interesting numerical and statistical tools, that each discipline can borrow from the other (and, in turn, each of them has a lot to borrow from complex network analysis).

Response: The idea circulated between us for several years, as we have known each other since elementary school and often met in our hometown (Vittorio Veneto, north of Venice) during holidays and such

Thanks for your attention to this work,