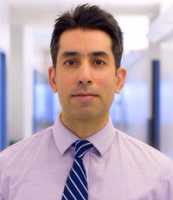 Response: It has been a mystery why some people experience a range of symptoms in response to the ingestion of wheat and related cereals, even though they do not have celiac disease (an autoimmune disorder) or wheat allergy. Both gastrointestinal (GI) symptoms, most commonly abdominal pain, diarrhea, and bloating, as well as extra-intestinal symptoms, such as fatigue, anxiety, depressed mood, and cognitive difficulties are reported by patients. The identity of the component(s) of wheat responsible for triggering the symptoms remains uncertain and it is not clear if gluten or non-gluten molecules are involved. There is evidence to indicate that wheat sensitivity also affects a subset of patients with irritable bowel syndrome (IBS), a common disorder. Despite the interest from the medical community and the general public, the causes and mechanism of the associated symptoms have remained unknown and no biomarkers are available to aid in the diagnosis of patients.

Response: The human intestine is colonized by large communities of microorganisms, while also encountering an enormous variety of molecules in food, with the potential to cause severe immunologic reaction. Proper surveillance of the body’s interaction with contents of the gut, regulated in part by the intestinal cells and a variety of associated immune cells, is essential to human health. A compromised intestinal barrier is known to be associated with the improper passage of microbial and dietary immunostimulatory contents from the gut into circulation, causing systemic immune activation and disease.

The results of this study demonstrate the presence of objective markers of systemic immune activation, including macrophage and B cell responses to microbial proteins and glycolipids, in people with wheat sensitivity who do not have celiac disease.

These immune responses were found to correlate with a molecular marker of acute intestinal cell damage, which is suggestive of compromised epithelial barrier integrity and increased microbial translocation. A systemic innate immune activation model would be consistent with the generally rapid onset of the symptoms reported by people with non-celiac wheat sensitivity. We also observed a significant change towards normalization in the levels of immune activation and intestinal cell damage markers when some of the patients were placed on a diet that excluded wheat and related cereals. These changes were associated with significant improvement in both the intestinal and extra-intestinal symptoms reported by patients, as determined by detailed questionnaires.

Response: The take-home message is that there are objective biological changes in a significant number of individuals who report sensitivity to wheat without having celiac disease, including increased intestinal cell loss and systemic immune activation that may explain some of the associated symptoms.

Response: More research is needed to further characterize the immune responses in affected people and to assess the potential diagnostic utility of the blood markers we’ve identified to be associated with wheat sensitivity. In addition, future work will need to focus on investigating the underlying mechanism and molecular triggers responsible for the breach of the intestinal barrier. Greater understanding of the mechanisms involved will also help us devise novel treatments to counter epithelial cell damage and systemic immune activation in affected individuals. Considering the number of people believed to be affected by this condition and the significant impact on patients’ health, this is an important area of research that deserves greater attention and funding.