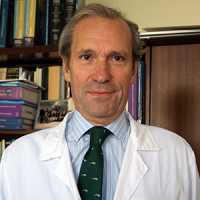 Response: This open-label, single-arm study, included 26 healthy volunteers who did not have gastrointestinal (GI) symptoms or a history of GI disorders, and were not required to change their diets during treatment. Twenty participants were included in the main evaluation and six were included as control subjects.

Participants in the main study were given HOST-G904 (2.8 g/day) for three weeks, during which time they followed their usual diet. In the evaluation periods (three-day periods immediately before, at the beginning and at the end of the administration), the participants followed a standardized low-fiber diet with one portion of high-fiber foods, at which time the investigators measured the following:

While HOST-G904 significantly increased gas-related symptoms at the beginning of treatment, these effects substantially diminished and returned to the pre-administration level after three weeks of use. At day 21, increased levels of butyrate-producing bacteria, including lachnospiraceae and clostridiaceae, were associated with lower volumes of gas-related symptoms. Butyrate is a type of fatty acid that plays a critical role in the proper functioning of the digestive system by controlling the growth of the cells lining the gut as well as regulating the production of immune cells in the colon.

Results found that long-term (≥ 21 days) use of HOST-G904 did not result in sustained, gas-related abdominal symptoms (p=0.001) typically associated with prebiotics used to manage symptoms of functional gut disorders.

Patients with functional gut disorders typically are first placed on a low residue diets, such as the low FODMAP (fermentable oligosaccharides, disaccharides, monosaccharides and polyols) diet, which heavily restricts sugars, lactose and other compounds but these diets may impoverish microbiota.

The results on this study demonstrate that HOST-G904 has the potential to improve the gut microbiome without causing long-term discomforting GI symptoms often associated with other treatments for functional gastrointestinal disorders.

Response: The results on this proof-of-concept study demonstrate that the compound, HOST-G904, has the potential to improve the gut microbiome without causing long-term discomforting gastrointestinal symptoms that are often associated with other treatments for functional gastrointestinal disorders, such as irritable bowel syndrome and inflammatory bowel disease.

Response: These new findings further reinforce the body of evidence supporting the clinical implications of this compound as a potential alternative therapy for functional gastrointestinal disorders. Based on the positive data from this proof-of-concept trial, we will be evaluating HOST-G904 in a clinical trial setting as a potential treatment pathway.

MedicalResearch.com: Is there anything else you would like to add? Disclosures?

Response: I served as an advisory board member for Clasado BioSciences, which was established in 2004 to research and develop gut-mediated, or gut-influenced, wellness solutions, and is actively engaged in developing and substantiating the health benefits of dietary ingredients, for the prevention, management, and treatment of human disease.

As the organization started to more clearly understand the mechanism of action, they realized there could be a focus, not just on wellness, but on distinct areas where compounds could target specific diseases in a different way—through the microbiome. This lead to the establishment of HOST Therabiomics in 2016, a distinct company that focuses solely on the therapeutic development of compounds that leverage the human + microbiome intersection, like HOST-G904, to treat and/or prevent diseases in a number of therapeutic areas in the gut and beyond.