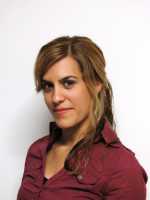 Response:In a retrospective study which included over 70,000 participants and 600,000 blood samples, across ten years of follow up, we observed significant increases of up to 0.57% in blood glucose, 2.37% in low density lipoprotein (LDL), and 0.31% in triglycerides and a decrease of up to 1.13% in high density lipoprotein (HDL) levels, associated with increases of Inter-quartile range (IQR) in average concentrations of particulate air pollution with the size<10µm in the three months preceding the test (IQR=20 µg/m3). Similar associations were observed with particulate air pollution with the size<2.5µm
The associations were stronger among patients with diabetes, with the exception of patients treated with antidiabetic medications (other than insulin).

In conclusion, intermediate-term exposure to particulate air pollution is associated with alterations in blood glucose and lipids, especially among patients with diabetes. Antidiabetic medications (other than insulin) seem to attenuate the association.

Response: As seen in many environmental studies, the health effects reported in this study are relatively small. Yet, these findings are significant in light of the broad extent of exposed population and the continuous nature of exposure. Although genetics play a major role in the development of diabetes, recent studies linked between air pollution exposure and the development of diabetes and diabetes related deaths. Small differences in the glycemic control and glucose values, even within the normal range may translate into the clinically meaningful variation in cardiovascular disease risk. Regarding lipids, it is known that lowering the LDL cholesterol, even by a very small amount, leads to a reduction in cardiovascular mortality and morbidity. Therefore, in a cumulative life time exposure to air pollution, these increases of LDL cholesterol and decreases of HDL cholesterol may increase the risk of the development of cardiovascular events.

Response: Several studies, similar to our study, have addressed the link between air pollution and heart diseases, but the question whether the exposure to air pollution triggers or causes these events is yet unclear. Further studies are needed in order to understand the exact underlying pathophysiological mechanism.

Response: We believe that the detailed environmental health exposure assessment should be a part of the routine medical care. This should include medical history of number of hours spent in driving, house proximity to the major highways, presence of the pets and carpets in the household etc. Future studies are needed to understand if the reduction of the environmental exposure will can improve patient metabolic profile.

The study was conducted by Maayan Yitshak Sade (MPH), Prof. Victor Novack (MD PhD), Dr. Itai Kloog (PhD) and Dr. Idit Liberty (MD) from Soroka Clinical Research Center and Ben Gurion University in Israel, in collaboration with Prof. Joel Schwartz (PhD) from the Department of Environmental Health in the Harvard School of Public Health; and was funded by the Environment and Health fund, Israel.