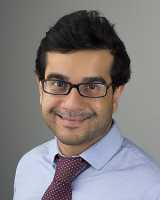 Response: In the U.S., income inequality has steadily increased over the last several decades. Given widening inequities, there has been significant concern about the health outcomes of older Americans who experience poverty, particularly because prior studies have shown a strong link between socioeconomic status and health.

Response: Our study included over 71 million older adults insured by Medicare from 2004 and 2017, 12 million of whom were dually enrolled in Medicaid due to poverty.

– We found that annual adjusted death rates were over 2-fold higher for low-income older adults who were dually enrolled in Medicare and Medicaid compared with their more affluent nondually enrolled counterparts.

– Of concern, disparities in health outcomes between dually and non-dually enrolled older adults did not narrow, and in some cases, worsened between 2004 and 2017.

– By 2017, annual death rates for low-income older adults were generally highest in states in the Midwest (Indiana, Ohio) and Southeastern (Florida, Alabama, Arkansas, Carolinas) regions of the United States.

Response: We know that low-income older Americans who are dually-enrolled in Medicare and Medicaid face unique challenges, such as poverty, housing instability, residence in more disadvantaged neighborhoods, and worse access to health care.

Our findings suggest that in order to improve health equity for this population, public health and policy efforts are needed to directly address social determinants of health and to provide support for safety-net healthcare systems that tend to care for low-income patients.

Response: Our findings demonstrate that gains in health outcomes since the early 2000’s among older adults in the U.S. have not been equally realized among those who are low-income and/or experience poverty. There is an urgent need to understand why, to inform public health and policy strategies to improve the health of these vulnerable individuals. In addition, further research is needed to evaluate why high death rates persist among low-income older adults in some Midwestern and Southeastern states of the U.S.