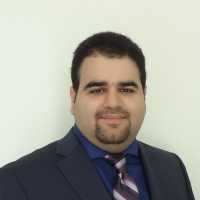 Response: Toilet flushing can generate large quantities of microbe-containing aerosols depending on the design and water pressure or flushing energy of the toilet. Based on previous reports, a variety of different pathogens which are found in stagnant water or in waste products (e.g., urine, feces, and vomit) can get dispersed widely via such aerosolization, including the legionella bacterium responsible for causing Legionnaire’s disease, the Ebola virus, the norovirus which causes severe gastroenteritis (food poisoning), and the Middle East Respiratory Syndrome coronavirus (MERS-CoV).

Based on previous reports, such airborne dispersion is suspected to have played a key role in the outbreak of viral gastroenteritis aboard a cruise ship, where infection was twice as prevalent among passengers who used shared toilets compared to those who had private bathrooms. Similarly, transmission of norovirus via aerosolized droplets was linked to the occurrence of vomiting or diarrhea within an aircraft restroom, as passengers and crew who got infected subsequently were more likely to have visited restrooms than those that were not infected. The participants in the study reported that all of the restroom surfaces appeared to be clean, which indicates that infection is likely to have occurred via bioaerosols suspended within the restroom.

Although many of these studies blamed flush-generated aerosols for disease outbreak, a limited number of them quantified the presence of such aerosols. Consequently, we decided to conduct this study to demonstrate the spike in aerosol concentrations following flushing.

Response: Our results indicate that both toilets and urinals generate large quantities of droplets smaller than 3 microns in size, which can pose a significant transmission risk if they contain infectious microorganisms from aerosolized biomatter. For your reference, human hair is typically 50 to 70 microns thick. A 3-micron aerosol is similar in size to the red particles in the following image (Image source: https://www.epa.gov/pm-pollution/particulate-matter-pm-basics). 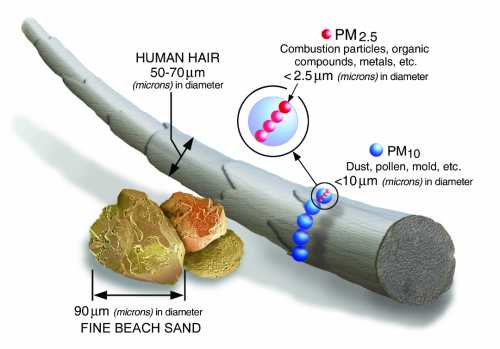 The droplets were detected at 5-ft height (similar to the height at which many people breath) for 20 seconds or longer after initiating the flush. Owing to their small size, these droplets can remain suspended for long periods of time. For example, for a 1-micron particle, it takes roughly 12 hours to reach the ground from an initial height of 5 ft (150 centimeters). Ambient aerosol levels measured before and after conducting the experiments indicated a substantial increase in particle count, pointing to significant accumulation of flush-generated aerosols within the restroom over time. This indicates that the ventilation system was not effective in removing the aerosols.

Importantly, this suggests that multiple flushes over time can lead to the accumulation of high levels of potentially infectious aerosols within public restrooms, which poses an elevated risk of transmission. Our results indicate that ensuring adequate ventilation in public restrooms is essential, since these relatively confined areas often experience heavy foot traffic and could pose a risk for widespread community transmission of various gastrointestinal and respiratory illnesses.

MedicalResearch.com: What should readers take away from your report? Should families with a COVID positive relative use the same precautions?

Response: We believe wearing face covering and social distancing with people using other bathroom stalls would be helpful to minimize the chance of exposure to pathogens in public bathrooms. Also, it would be helpful to shorten the duration of your presence in such places. For families where one of the members has tested positive for COVID-19, it is recommended that the infected person use a separate toilet. If not possible, families should ensure proper ventilation in the bathroom throughout the day. Our results also indicated that when the toilet lid was down during flushing, it led to a decrease in droplet dispersion but not a complete absence of the measured aerosols. This indicates that installing toilet seat lids in public restrooms or putting the lid down at home when flushing may help reduce droplet dispersal to some extent, but it may not sufficiently address the risk posed by the smallest aerosolized droplets.

Response: Potential future research may include performing similar studies in airplane lavatories and investigating the impact of ventilation systems and how they operate on aerosol concentrations in public bathrooms.