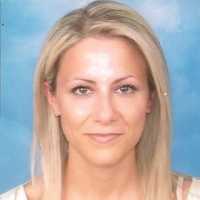 Response: Marijuana is the most commonly used illicit drug in the United States. Despite increasing use and acceptance of marijuana, both medically and recreationally, gaps remain in our knowledge regarding potential health effects.

In this study, we aimed to evaluate associations between recent marijuana use, exhaled Nitric Oxide (eNO) and pulmonary function. We performed a cross-sectional study of 10,327 US adults participating in the National Health and Nutrition Examination Survey (NHANES) in the years 2007 to 2012.

Response: There is evidence that marijuana smoke could have effects similar to those of tobacco smoke, if the detrimental effects of tobacco on nitric oxide production are due to the combustion products in inhaled smoke.

Response: Given that nitric oxide plays a role in inflammatory and immune defense pathways in the respiratory system and is a mediator of vasodilation in the pulmonary and systemic vasculature, it would be useful to further explore the associations between marijuana use and vascular and pulmonary function in randomized trials.