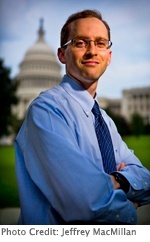 Response: The Affordable Care Act (ACA) expanded insurance options for millions of adults, via an expansion of Medicaid and the new health insurance Marketplaces, which had their first open enrollment period beginning in October 2013.  We used a large national survey to assess the changes in health insurance, access to care, and self-reported health since these expansions began.  What we found is that the beginning of the ACA’s open enrollment period in 2013 was associated with significant improvements in the trends of insurance coverage, access to primary care and medications, affordability of care, and self-reported health.  Among low-income adults in Medicaid expansion states, the ACA was associated with improvements in coverage and access to care, compared to non-expansion states. Gains in coverage and access to medicines were largest among racial and ethnic minorities.

Response: National trends in coverage, access to care, and self-reported health are improving under the ACA.  This is new evidence suggesting that the ACA coverage expansions are working as intended.  There is still more work to be done, as barriers to access remain for some Americans.  But as the ACA continues to enroll more people in coverage, we expect to see these positive trends continue.

Response: It’s still fairly early on in the law’s implementation – we’ve only completed the first two open enrollment periods, and many states are still debating whether to take up the option to expand Medicaid under the ACA.  Following trends in coverage, access, and self-reported health over time and looking at other types of data – including medical claims and health outcomes – will be very important ways to increase our understanding of the law’s effect on the U.S. health care system.